So often we feel as if we will never find love.

But never fear, Austen’s books can guide us into finding our perfect match.

That’s not what I am talking about. I mean real life dating.

Yep, with the fantastic book:

I can’t remember if this book was recommended to me by Goodreads or by one of you followers-but somehow it was and I decided to check it out. At the time I got it I was interested in dating anybody:

But then eight months later I was and thought what better time to start.

Each chapter covers a topic to do with dating and analyzes couples from Jane Austen’s novels. One couple has examples you should follow:

And a couple with examples you shouldn’t:

Henderson then has a modern-day couple who she uses as an example.

And she concludes each chapter with a list of Dos

LOOK FOR SOMEONE WHO CAN BRING OUT YOUR BEST QUALITIES

The chapter starts off examining the relationship of  Charles and Mary Musgrove.

The two are complete opposites with Charles being very outdoorsy and Mary a hypochondriac. Charles is good-natured and easy-going, while Mary unkind, snobby, and self-absorbed. Mary is whiney and shrill, while Charles still acts like a child versus a man.

Charles is also still in love with Mary’s sister Anne, who he originally proposed to.

Mary is a bully, manipulator, and only cares about herself. In fact when her child gets injured she argues with her husband about who can attend a party-gets upset when Charles says she should stay home with their child and then convinces Anne to babysit her boy.

Basically, both have bad qualities and they feed off each other. Mary mangifies Charles rebellious spirit, his bad additude, self-indulgence and the sam for Mary.

DON’T BE INFECTED BY THE BAD QUALITIES OF THE PERSON YOU’RE DATING!

Henderson then goes on to give a real life example of couple Brad and Louise. Brad was an okay cleaner, while Louise was a total slob. When they got together, her bad habits caused Brad to pick up on it and he became a slob as well. They had a messy apartment, bills were always final notice or overdue, laundry piled up, and they began to resent each other.

SET A POSITIVE EXAMPLE, USING HUMOR TO HELP IT ALONG

THERE IS NO PERFECT PERSON FOR YOU

THERE IS ONLY THE MAN WHO IS GOOD ENOUGH 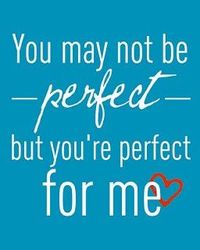 Anyone you meet will have qualities you hate. You have to look at whether the good outweighs the things that annoy you. Can you tolerate those things in exchange for all the stuff you love that he brings to the relationship? 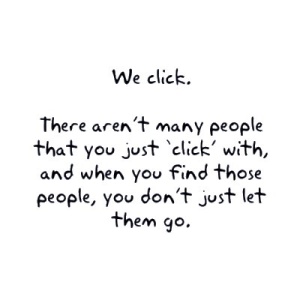 Henderson then goes on to describe a couple-Gary and Lucy. Lucy is easy-going and pleasant while Gary is a worrywort. Whenever Gary would get upset and rant, Lucy always made sure to validate his feelings, tease him, and give him the reassurance he needed.

It will all be okay

We then look at Mr. Darcy and Elizabeth.

Darcy falls for Elizabeth because she is who she is. She sees him and how she acts and lets him know what she is not interested in. 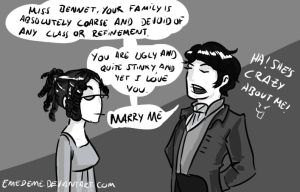 He learns his lesson and ligtens up-letting her see him and the things about each other they may not really like-they tolerate for all the other things they do.

WHAT NOT TO DO:

DON’T CLOSE YOUR EYES TO A BAD PATTERN OF BEHAVIOR

Henderson uses the real life example of Lacey and Mark. Lacey was really into Mark, but he didn’t prioritize their time-was always having a ton of parties and events to go to, always switching up plans and changing what he was doing, he would stay out all night and not tell her where he was, she would dress for one thing and Mark would change it-leaving Lacey uncomfortable and out of place.

This would make Lacey mad and she would nag him. She felt she had no control or say and more and more tried to control him.

Mark actually enjoyed the nagging as it made him feel rebellious and naughty-like he was disobeying his mother. In fact his behavior turned Lucy into a bitter, angry, mother like character.

LISTEN TO YOUR BOYFRIEND WHEN HE GENUINELY TRIES TO HELP YOU

Henderson gives us the example of Kate and Lee. Kate was a beautiful, thin, blonde and also an anorexic. Henderson shows how Lee was able to help Kate by showing that he cared for her and was there for her, also trusting her and not pushing her too much.

We then see Emma and Frank Churchill

Frank is a coxcomb, he only cares about himself and his interests. He flatters people, and when their back is turned cuts them down to the quick. He is secretly engaged to Jane Fairfax and treats her horribly.

When he gets with Emma he brings out the worst in her and she in him. They both bring out a the careless, judgmental, and sarcastic sides of each other. They would have been an awful couple always bickering, nasty, mocking, judgmental, rude, etc.

DON’T DATE SOMEONE WHO ENCOURAGES YOUR SELF-DESTRUCTIVE IMPULSES

WHAT NOT TO DO:

Kate an AT&T supervisor fell for Rob a rock ‘n roll guitarist. Everything he did was exciting and new to Kate, but soon it cut into her real life and she wasn’t performing so well at work or missing too much. She tried to talk toRob about it but he didn’t care and eventually Kate had to cut back on their partying or lose her job. Rob dumped her and quickly hooked up with some other girls, leaving Kate crying her heart out and trying to pick up the pieces of the life she had completely dropped for him.

PICK A BOYFRIEND WHO IS A GOOD INFLUENCE ON YOU

Beverly was a real party girl and would always go over the top when she had a few drinks. She could be very cruel but never listened to warnings until Ed. Ed was quiet and calm. The two complemented each other and brought out the best traits in each other, smoothing down the rough ones.

Then at the end of the book they have a quiz so you can see which Jane Austen character you and your significant other are. I took it before I read the book and got:

I took it after I read the book and got:

If your score is 41-51, you are Elizabeth-outgoing, funny, and direct. You want a serious relationship, but it’s essential for you to find someone you can have fun with or teach to have fun. Your best matches are:

Then I took the quiz for my then boyfriend (now my fiancé), and I got for him a mix of Captain Wentworth, Henry Tilney, and Mr. Bingley

But my boyfriend (now fiancé), said he wanted to take it and he got a mix of Captain Wentworth, Henry Tilney, and Mr. Bingley.

If his score is 41-51 he is Captain Wentworth, Henry Tilney, or Mr. Bingley-straight forward, happy, and looking for love. PROBLEM: If you’re used to playing games, you may put him off. SUITABLE FOR: Everyone-his happy nature and friendly disposition make him the easiest man to get along with on the whole list.

I don’t think he’s very much like Mr. Bingley, but I could see Mr Tilney: 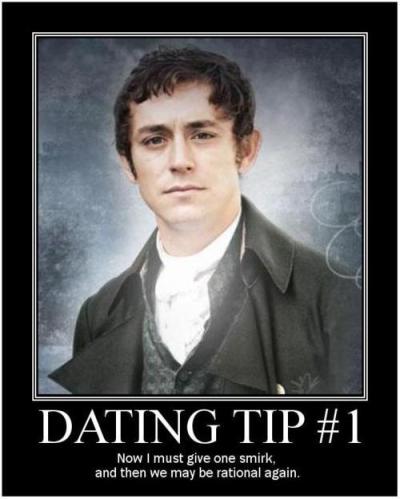 Or as Captain Wentworth:

If I were you and dating I would definitely check this book out.

For more books based on Jane Austen, go to Prude & Prejudice

For more Emma, go to You Cannot Think That I Will Leave Off Match-Making

For more Persuasion, go to I’m On a Boat

For more Sense & Sensibility, go to The Austen Series: Reason and Romance