So do you all remember the film Big? Tom Hanks is a preteen that wishes to be “big” and becomes a 30-year old man?

He tries to find a Zoltar machine to change him back, but meanwhile works for a toy company to make money. Because of his childlike understanding, he moves straight to the top of the company.

Now his idea for a new toy is a computer game/book that you read but get to make choices as to what will happen next. Well Choices is that.

You know me and anything Austenlike or Austen related:

So as soon as it was avliable I decided to play: 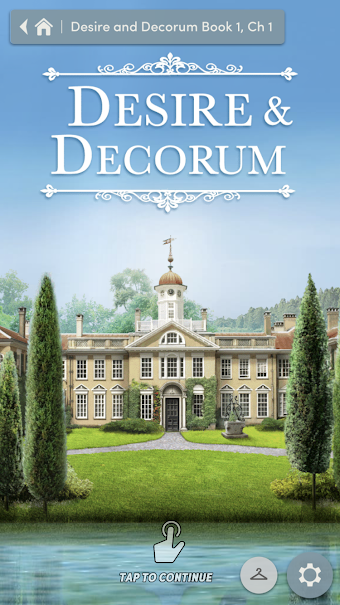 You have the choice of being male or female and name. You can also customize your avatar and purchase extras if you want. 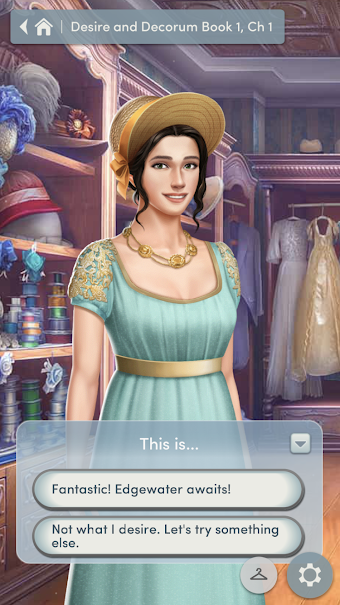 So the story is set in 1816 in the country village of Grovershire, England. You have enjoyed your life there but your mother is very ill, and on her deathbed reveals a secret. You have never known your father, but your mother reveals that he is the Earl of Edgewater, a very wealthy and powerful man. The two were in love, but his family drove them apart-and she went to Grovershire. How do you feel? You make the choice.

With the death of your mother you head to Edgewater and to meet your father and his family. Now this is an interesting concept to go with, being born out of wedlock in 1816-not the best way to be treated.

It was very hard when you were considered an “illegetimate” child. You had no legal right to any inheritance unless “an explicit, specific, uncontested written bequest, and inheriting a title from a parent was rare indeed, though not, as we’ve seen, quite impossible.”

So you are taken to Edgewater and meet your paternal grandmother the Dowager Countess who is quite spunky. Is she an ally? Or will she try and remove you like your mother was removed?

You also meet Mr. Ernest Sinclaire, master of the nearby Ledford Park. He’s handsome, rich, and also the rude man that almost ran you down on his horse a couple days ago. Yes, you have met him before.

But more importantly, what about your father. Will he accept you or reject you?