So I was reading Just Jane by Nancy Moser and at one point in Jane Austen’s life she traveled to sea. Later she, her mother, sister, and friend actually moved by the sea and lived there for a while. 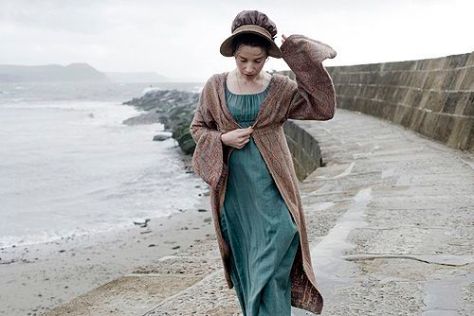 So sea-bathing started in the later 18th century, prescribed by two eminent doctors, Dr. Russell and Dr. Crane. By Regency times it was super popular.

So like in today’s world, when people go swimming, or sea-bathing, we just jump right in, or tread a little in the water. But not back in Regency times.

Instead they would go into a bathing machine, a large carriage like structure. There the bathers would change into their bathing suits and a horse would pull the carriage into the water.

When the reached the desired depth, the horse would be unhitched and go back to land, or take a carriageful of bathers that had finished back to land.

As the women and men would change in the machines, they were not shared by the sexes but divided between the two. Most often men and women bathed on completely different beaches as women wore muslin shifts, and men wore drawers or were naked.

By 1815 there were 40 bathing carriages and were busy nonstop between 6am-12pm every day.

Doctors prescribed being dipped into the water for one’s health. Often sturdy women were the dippers, traveling with the bathers in the carriage and dipping them so many times under the water. Kind of like being baptized, but more than three times.

For more on Jane Austen’s life, go to The Curious Case and Crime of Jane Leigh-Perrot