So everyone out there has dated a minimum of one total jerk in their lifetime, some of us more.

Male or female-you have met someone they seem great and wonderful. You begin dating, you get caught into love or extreme like:

Then things go bad, you see them for what they are. Some break up, some try to change them, some get divorced, etc-Angry, upset, wishing it never happened, thinking how could they have gotten involved.

Some people stay-and for a variety of reasons. Maybe they don’t feel they can leave, maybe some are abused and don’t see a way out, some think they can make it work, some want to stay for the kids, there are a thousand reasons and for those who stay and don’t leave-it sucks.

Leading us to today’s topic: Lady Elliot, mother of Elizabeth, Anne, and Mary; and wife of Sir Walter Elliot.

Poor Lady Elliot-she’s intelligent, logical, sensible, kind and caring-how the heck did she end up with Sir Elliot?

We all know how-as we have all been there at least once. She was young, he was handsome, he seemed great, and she married him, only to find out afterwards that she made a mistake. 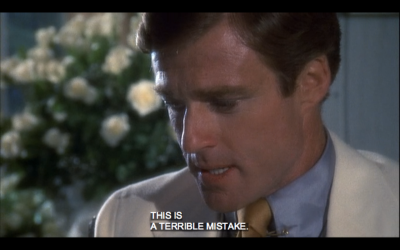 It’s funny, but I never realized this before, but Lady Elliot’s story could be a lot of Austen heroines if they had married the other person rather than the one they did. Fanny and Henry, Emma and Frank, Anne and William Elliot, etc. Also like what happens with Mrs. Tilney and General Tilney in Northanger Abbey

But Lady Elliot is one classy lady. She realized that she married wrong, but did her best to do what she could to make the best of her situation, a real Charlotte Lucas.

She concealed his faults, managed the estate, and found a filled life with her friends, children, and other duties; not a happy life but a filled one.

In fact, I really recommend checking out “One Fair Claim” by Christina Morland from Dangerous to Know: Jane Austen’s Rakes & Gentlemen Rogues. I really thought she captured what happened and how Lady Elliot “saw” Sir Walter one way, only to have her illusions destroyed when she realized what a jerkwad she married.

It is very Rebecca  as well. Man I keep referencing it, I need to review it. But which to do first, the book or movie?

Anyways, sorry for that rabbit trail.

Yes, poor Lady Elliot. And then when she passes away she has to leave her children to be raised by that Neanderthal. Thank goodness for her friend, Lady Russell, but more on her later.