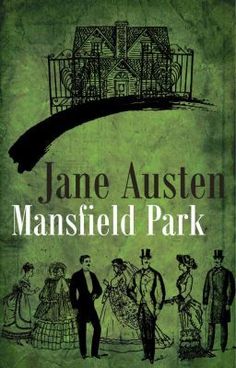 So back in 2013 I had this idea that I would reread all the Austen novels, starting with Pride and Prejudice as it was turning 200. I thought it would take me only like a year to read through each one, writing a post on any little thing or thought that came to mind while writing. In my timeline, I’d be halfway through Persuasion.

Uh, yeah. It didn’t happen. Life got in the way.

So then I adapted. Instead I would do the first four chapters of Pride and Prejudice, then Sense and Sensibility, then Mansfield Park, Emma, Northanger Abbey, and Persuasion.

I finished up Pride & Prejudice in November 2014, and then moved onto the first four chapters of Sense and Sensibility  in December 2014.

I finished up the four chapters in March 2015 and then moved onto Emma, skipping Mansfield Park (sorry), as it was Emma’s 200th year.

Then that’s where we ran through another snafu. Life got in the way and I am still currently finishing up the first four chapters of Emma.

Yeah, that didn’t work out either.

So this year, I was little lost and decided why not do all three? I’ll be doing the first four chapters of Emma, Northanger Abbey, and Persuasion, instead of making them wait.

But then I started thinking about Mansfield Park. Poor Mansfield Park, you’ve become like your main character Fanny Price-forgotten, ignored, seen as not as important, witty, or powerful. Poor little Mansfield Park.

And I decided that I am going to throw it into the mix as well. Yep, all four books out at once!

Yes, Lady Catherine be darned-this stubborn gal has them all out at once!

So thanks for putting up with my lengthy intro, now onto the (mostly) serious part. Mansfield Park like Northanger Abbey gets very little love. Mostly because people think Fanny is “boring” and “spineless”.

But Fanny isn’t boring or spineless. Mansfield Park is a great book and Fanny is a fantastic character! Fanny is a sweet kind girl-niece to the Bertram family, and was sent to stay with them. Instead of being treated as family, she is seen as “less” because of the “bad blood” inherited from the low class, wastrel father her mother married down to.

She is particularly mistreated by her evil aunt and two cousins; all of which take pride in bossing her around and being as cruel as can be. Fanny is the essence of sweetness, taking this injustice in stride and trying to remain optimistic in a bad situation.

While she is humble and kind, she is not timid or spineless. When push comes to shove, she can out-stubborn Elizabeth Bennet.

So if you haven’t read it, I would start reading it-you won’t be sorry.

Or you can follow me as I journey through Mansfield Park and the books/films based on it.

The Matters at Mansfield (Or, The Crawford Affair) (Mr. &  Mrs. Darcy #4) by Carrie Bebris

My Jane Austen Summer: A Season in Mansfield Park by Cindy Jones

If you have noticed the lack of Mansfield Park gifs, memes, images, etc.-it’s hard to find them. I wasn’t kidding when I said the world treats it like how the Bertram’s treated Fanny.