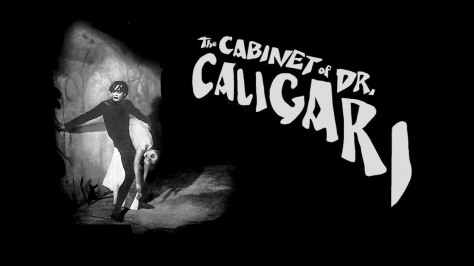 “Cesare, I am calling you. I, Dr. Caligari, your master. Awaken for a moment from your dark night.”

So during my very first Horrorfest I reviewed the remake of this film. 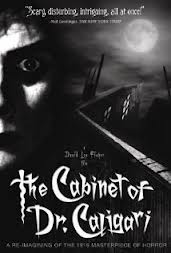 This was back before I had established the “rules” of Horrorfest, one being always review the original film first.

It was an amaaaaaazing adaption! It used the original backgrounds from this movie and was full of talented actors, I highly recommend it. It is probably one of the best remakes I have ever seen.

And you know me, I’m not a remake person.

So this film was influenced by the life experiences of Hans Janowitz and Carl Mayer. Janowitz served as an officer in WWI and was very embittered by his experiences. Mayer feigned illness to try and get out of service, as he was a pacifist-and spent a lot of time in an asylum and under intense examinations. In fact, Dr. Caligari is based off a doctor that Janowitz was forced to talk to (and really didn’t like). 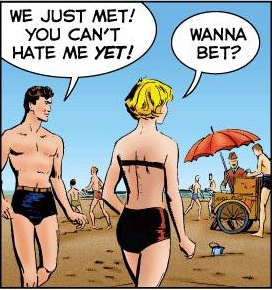 The two met through an actor friend of theirs and the inspiration to write the film came through Janowitz’s friend Gilda Langer. Mayer was in love with Langer, and she became the basis for the “Jane” character (the one that is in the love triangle with the two best friends.)

One day Gilda took Janowitz to a fortune teller who predicted that Janowitz would survive the war but Gilda would die. When Gilda died unexpectedly in 1920, that experience influenced the scene when Cesar predicts Alan’s death.

There are conflicting stories regarding who exactly wrote, planned, directed, filmed, etc-did what, something that will most likely never be settled. When this film first came ouot there were actually protests regarding the film when it showed in LA as Germany was still not very popular in 1920. People were still upset over World War I

This style of film and the background artwork reminds me of the Bauhaus movement, with its style and a bit of Metropolis. Dr. Caligari is supposed to represent the German government being in control and dictating others, while Cesare the solider-those who have been conditioned to kill. The rest of the characters are the people being lulled, hypnotized, and controlled.

The set is beautiful-painted, angles, and nothing is quite right giving the film a demented and creepy space. This disjointed feeling really adds to the question, is the main character telling the truth? Or are they insane.

So it is hard to review this film as I reviewed the amazing remake that actually copied every scene perfectly-but I’ll try.

The film starts at the end when the main character, Francis, is speaking to an old man about his fiancé. This one feels creepier than the remake as the music is completely eerie and the actors have to overact as this is a silent film. Everyone eyes bug out and they just freak you out. Serious chills!

So Francis starts sharing how his fiancé has been through such a strange event that she will never be the same again. She walks every night in a trance, and does not speak anymore. Francis starts to recount his story… 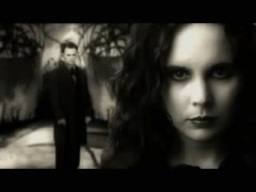 We go back in time to a city and place that we don’t know where it belongs. The backgrounds are amazing and slanted.

A man comes to the main hall to get a permit for his carnival. He calls himself Dr. Caligari, and speaks of having a psychic who can reveal all’s future. The clerk is in a BAD mood, and is extra rude to Dr. Caligari and forces him to pay an exuberant amount of money. Caligari does and walks away, but all does not seem to bode well for this clerk.

The next day he is dead. Murdered.

Then we are introduced to Alan, who is stopping by to visit his friend Francis and is begging him to partake in some kind of adventure. We learn that Alan has been combating depression and has been holing himself away these past months, even having to visit an asylum. He however, is feeling much better and convinces Francis to see the fair with him, “for old times sake”.

On the way they meet up with Jane Stern, a girl they are both madly in love with.  Both are eager to get an answer from her as to who her choice will be, but she manages to slip away and into the night. The friends say good-bye and to the fair.

They stop at the fair and see the psychic Cesare. Cesare is a “living dead” man who can foretell all. He lives in a coffin, only being released every once in a while, Cesare is really creepy-the faces he makes.

Francis wants to leave, but Alan is rooted to the floor. When Dr. Caligari calls on him to ask a question, Alan is compelled to answer. He is physically incapable of leaving or turning away. He asks Cesare his question, but all does not go well.

Francis quickly grabs Alan out of the tent and fearing a relapse in his friend, reassures him that Cesare’s tricks are stupid and do not mean a thing.

The next day Alan is dead. Murdered.

This horrible tragedy leads Francis on a path of reality so intermingled with insanity that one can hardly tell the fact from fiction. Francis is so sure that Dr Caligari killed his friend, that he becomes obsessed with finding proof. Is he trying to stop a mad killer? Or has he experienced such trauma he has reconstructed reality?

So while the remake tries to leave you guessing whether it is real or not, whether he is crazy or if he knows the truth and is silenced. In this they make it clear that he is being treated in a hospital. That was a bit of a disappointment, but the film seriously deserves a watch. Those eyes, they are haunting.

For more silent films, go to In Their Proper Place: Metropolis (1927)

For more characters on the brink of insanity, go to Go Ahead and Shoot…As Far As Killing Me, Well, I Don’t Think You’re That Good a Shot: Possessed (1947)