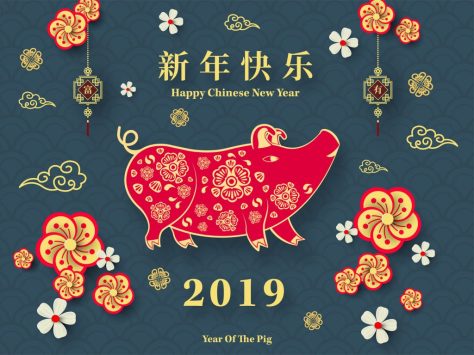 The Chinese New Year this year goes from February 5th – March 5th. I will be posting 9 of my favorite fictional pigs from film and books.

Pigs are most compatible with Tigers, as they provide protection and security. They also do well with Rabbits and Goats.

So now onto the countdown. 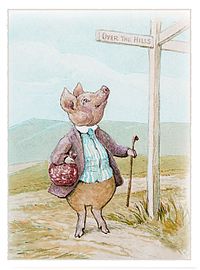 Pigling Bland is sent away from home when there are too many piglets to feed. He and his brother Alexander are headed to market, but Alexander loses his papers and is sent back to the farm. Pigling finds them afterwards and tries to go after him. He ends up running into a farmer who invites him to stay the night at his home. Pigling agrees but is unsure to trust him. After the farmer goes to bed, Pigling discovers another pig there and the two try to escape over the ill anf far away.

Pigling is a stickler to the rules, kind, caring, intelligent, and all he wanrs os the simple life. He aids Pigwig in her freedom and uses his wits to save the two and escape tp freedom.

For more on Beatrix Potter, go to Bookish Thank You

8) Madmartigan Turns into a Pig from Willow

A prophecy states that a child born with a birthmark will dethrone the evil sorceress, Queen Bavmorda. To stop it from coming to pass she imprisons all pregnant woman to kill them and their children. One child is born and smuggled out, ending up in a village of dwarves. She is found by Willow Ufgood who goes on a quest to try and bring the child to humans to raised by them.

When we first meet the handsome, mercenary Madmartigan, played by Val Kilmer, he is a metaphorical pig. He only cares about himself, is after woman, and just looking for that next pleasurable thing (and freedom from the raven’s cage they put him in.) But as he goes with Willow, we see him change to be a better person. And then the evil sorceress tries to turn him into a pig, but our hero isn’t out for long. He’s saved in the end by Willow, and then takes the baby to raise and care for. 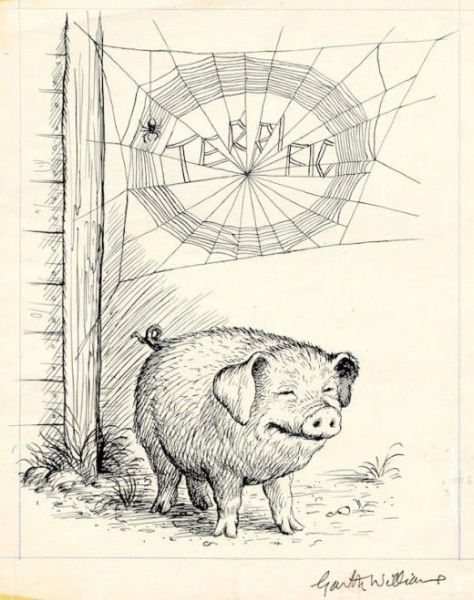 Fern saves the runt of the litter from being made into morning’s breakfast and is given him, Wilbur, to take care of, him staying at her uncle’s farm. She loves her pig, but soon grows up and doesn’t seem to care for the pig anymore. Fern’s uncle and aunt decide it is time for him to be made into dinner, but poor Wilbur doesn’t want to die. He has befriended an amazing spider named Charlotte and she sets out on a plan to save him.

Wilbur is an adorable pig and friend. He’s there for Charlotte and even after her death, cares for her spiders and the generations to come.

In The Book of Three, Taran is a young boy who wishes to be a knight and fight for his country. He is an orphan that has been raised with former sorceror Dalbean and knight Coll. His job is to be the assistant pig-keeper and care for Hen Wen. But to his chagrin, there is more than meets the eye. Hen Wen is an oracular pig and needs protection from the evil Horned King. When he shirks his duties, she is kidnapped and he sets out to save her, meeting a whole cast of other characters.

Hen Wen is a sweet pig that has an amazing power to see the future and reveal where the black cauldron is hidden, the very thing the Horned King desires. She also is fundamental in helping Taran become a man, him learning a lot of humility, responsibility, and that actions-or lack of them-can have serious consequences.

For more on Hen Wen, go to A Hidden Wonder

5) Piglet from Winnie-the-Pooh by A. A. Milne

In the Hundred Acre Woods, Winnie-the-Pooh, Piglet, Eeyore, Tigger, Rabbit, Gopher, and Owl go on all kinds of adventures with their boy, Christopher Robin.

Piglet is Pooh’s best friend and always there for anyone. He is scared of a lot of things, but his fear doesn’t keep him from being the most loyal creature in the woods. Even when Owl tries to take his house for Eeyore, Piglet doesn’t stop them-but is willing to give it up for his pal. From taking part in Pooh’s schemes to being there for all-he’s a wonderful pig.

For more on Winnie the Pooh and Piglet, go to 25 More Films of Christmas

Looney Tunes is a collection of silly shorts and fun cartoons.

Such a big part of my childhood, he had to go on her. I can’t remember what it would be like without the stuttering-that’s all folks.

For more Looney Tunes, go to Nobody calls me Chicken: Chinese New Year 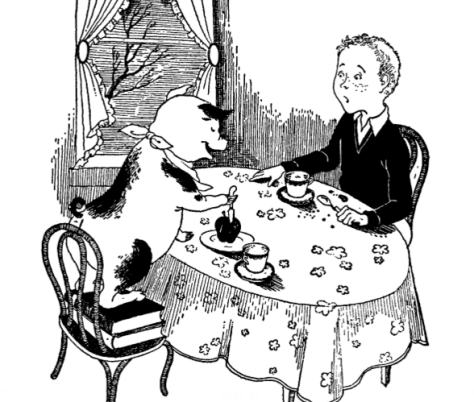 Mrs. Piggle-Wiggle-eccentric, childcaretaker, pirate bride-is back with her upside down house, more animal friends, and more tonics and cure-alls for children’s bad behavior. Yes, Mrs. Piggle-Wiggle knows kids and has a chest full of all kinds of tonics and cures for bad behavior such as: I-THOUGHT-YOU-SAIDERS, TATTLETALERS, BAD TABLE MANNERS, INTERRUPTERS, HEEDLESS BREAKERS, I-NEVER-WANT-TO-GO-TO-SCHOOLERS, and WADDLE-I-DOERS. These are amazing books that I grew up read and just LOVE!

Lester is Mrs. Piggle-Wiggle’s pet pig and he is adorable, sweet, kind, caring, and has the best table manners. Mrs. Piggle-Wiggle lends him out to families who’s kids are awful eaters. He is polite, clean, charming, and helps with household chores. Once you have him in your house you won’t want him to leave!

2) Hamm from the Toy Story Series 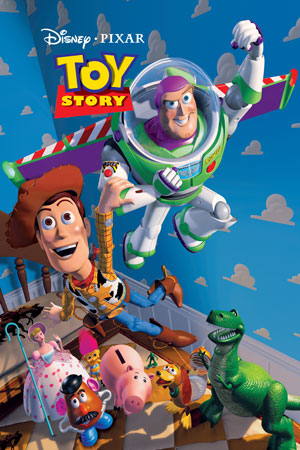 I’m sure all of you know the plot to this, but just in case…When you were a kid did you ever think that your toys came to life when you were gone and moved around on their own? Well in Toy Story they address the question that every kid was wondering and say, “yes, they do”.

Whenever Andy leaves his room his toys come to life. These toys are lead by a cowboy named Woody (Tom Hanks). As the family is moving, Andy’s birthday party is moved up and he gets lots of space type things, including a new space toy, Buzz Lightyear (Tim Allen). Woody becomes jealous as he is demoted from Andy’s favorite toy, and everyone in the toy chest is going ga-ga over Buzz. One day Woody accidentally knocks Buzz outside Andy’s window. He and the other toys believe that Woody killed him, the other toys believing he did it on purpose. Woody is saved when Andy takes him along on his family’s trip to dinner. While his mom is filling up the tank who should show up? A very angry Buzz seeking revenge. Buzz survived the fall and snuck into the car. As the two fight, Andy and his mom leave for the resturant. Woody hatches a plan to get them there as well,  but they are unfortunately picked up by Andy’s next door neighbor Sid, a sadistic toy torturer. During this time period Buzz has a breakdown as he realizes that he is not a real spaceman, but just a toy. Now it is up to Woody to pull Buzz together and for the two of them to figure out a way to get back to Andy before he moves and is gone forever.

This wisecracking, sarcastic, tough piggy bank was one of my favorite characters. I loved it so much that I got my own Hamm piggy bank and still use it. He hilarious, fun, and such a childhood and adulthood favorite.

1) Miss Piggy from The Muppets 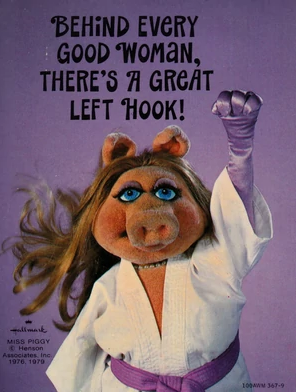 The Muppets were a variety show with a colorful cast of characters.

Miss Piggy was the best. She was my ultimate favorite character as a child. Beautiful, charming, forceful, powerful-and won’t let anyone treat her bad. I have to admit I loved when she would karate chop someone and “hiya-ed” more than I probably should have. She was such an influence on me and my personality. The best!

For more on The Muppets, go to T.N.T.

For the 2017 post, go to Nobody calls me Chicken: Chinese New Year

For the 2016 post, go to A Little Monkey Business: Chinese New Year