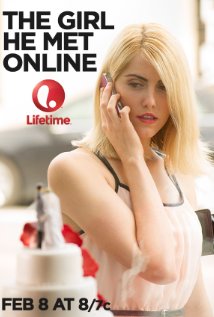 This was one of Lifetimes “real life” intense dramas. It is cheesy, silly, but still creepy and enjoyable.

This is the story is of young, beautiful, Gillian Casey. She was adopted as a child into the Casey family, and seems agreeable and sweet, that is until something doesn’t go her way. Then the dark side comes out.

She is able to attract good-looking, rich men; BUT manages to scare them away when she starts acting crazy. 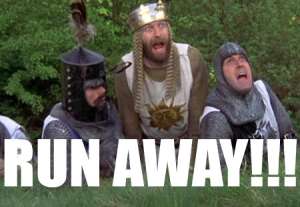 We start the movie where her current boyfriend dumps her. She becomes incensed! 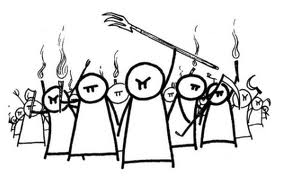 And takes off to his apartment destroying everything of worth in the building. Scratching and marking up art, ripping things apart, spray paint, etc. 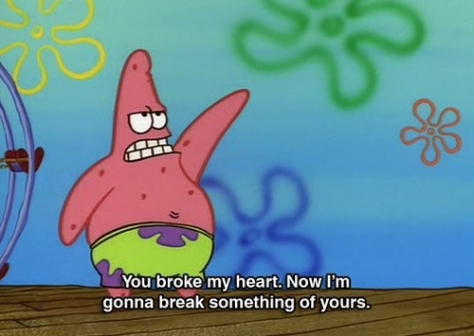 She then goes back to working on finding a guy on the internet.

Besides her ex-boyfriend, Gillian is also “dating” her boss. She works for a married doctor, and was able to get the position by seducing him. She hasn’t slept with him yet, but most of the other staff assume she is. She’s been able to ward the doctor off by always saying something has come up: mom, sister, etc. In return she has a great job, a car, extra money, etc. But the doctor is getting a bit fed up with waiting.

Meanwhile, Andy Collins has had a string of bad luck with girls.

He has yet to find “the one”, so he goes to the computer to find the girl of his dreams. Instead he finds Gillian.

The two start dating, and Andy falls head over heels for her. She falls for his bank account.

Now Gillian is extremely embarrassed by her mom and home. Her mom recently hurt herself, and is recovering. Instead of helping her, all Gillian does is complain. In fact, instead of just complaining she is incredibly rude and horrible to her mother. Always yelling and screaming at her.

She wants to separate herself from her “poor, disgusting” mother, that she asks her sister if she can stay the night, and has Andy pick her up from there.

Gillian is supposed to meet Andy’s mom and has nothing she feels is acceptable. She goes to a fancy boutique, and tries on tons of clothes.

She loves how she looks, but can’t afford the price. Instead she shoplifts it and takes off.

That next date, she meets Andy’s mom and sister, who both like her but feel something is off. Also who happens to be there, but the boutique owner. She threatens to reveal all unless Gillian pays for the dress. Gillian returns it damaged with some money.

You shouldn’t have messed with me

Meanwhile, Gillian’s ex has discovered her parting gift. He gets extremely angry and heads over to speak to Gillian. He asks her why she destroyed everything, including his favorite picture. She tells him she was upset. 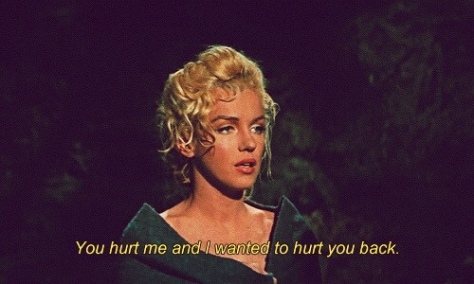 Well he is extremely angry and tells her that he is thinking about pressing charges. Of which will make things horrible for her as he knows all about her past issues with men and the destruction she has spread.

Gillian manages to persuade him not to press charges if she pays him. She gives him her car, and promises more money later.

She weasels more money out of the doctor, but that’s not enough. She has to finally give it up, that weekend or else. Gillian doesn’t want to, but she feels she has no other choice. Andy will be out this weekend, in Boston with friends.

That night, Gillian and Doctor Harris are at the hotel and who happens to see them? Andy’s sister Heather.

Gillian and Dr. Harris go upstairs. While she is “getting ready”, Gillian spikes Dr. Harris’ drink. She then goes down to see Andy’s sister and try to explain that she’s not really dating the doctor. Andy’s sister won’t hear any of it, she in fact yells at Gillian that she is going to tell Andy. Gillian gets so angry that she pushes Andy’s sister, and knocks her down the stairs. Killing her.

She immediately runs back to her room, and discovers that Dr. Harris is missing.

The next day, Dr. Harris is angry with her. He knew that something felt off after her drank the drink Gillian poured for him. He woke up alone with no memory and immediately went to his clinic to check himself for having been drugged. He fires Gillian and sends her on her way.

Meanwhile, Andy has returned home and heard about his sister. While grieving, he checks his phone which he had accidentally left behind while in Boston. As he looks at it, he sees that his sister left a voicemail. He checks it and hears that Gillian was seen at the hotel with somebody.

He goes to Gillian’s house to see her (really Gillian’s sister’s house). There he finds no Gillian, but gets the real address. When he gets to Gillian’s mother’s house, she reveals that a lot of what he knew about Gillian is all a lie, a huge lie.

He leaves to process this.

When Gillian gets home she finds out that her mom spilled the beans. Gillian becomes so angry that her mother ruined everything she starts strangling her. 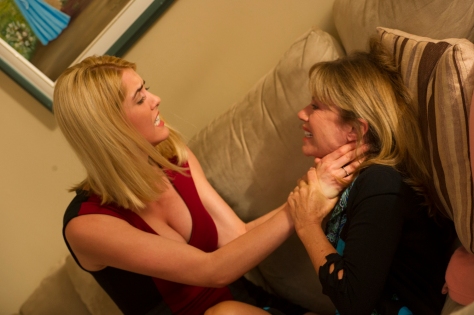 This isn’t the first time she done such behavior to her mother. When she was suffering from a heart attack, Gillian took a long time to actually call for help.

Before Gillian can finish her mother off, Andy and the cop investigating Heather’s death come and save the day.

Gillian goes off to jail, and the film ends with Andy visiting his sister’s grave, Lifetime once again warning you to stop looking for love on the internet as it only ends in death.

And any film review of Horrorfest is incomplete without the facebook cover/poster I make. 🙂

To start Horrorfest IV from the beginning, go to You Cannot Conquer It. It Has Conquered You!: Dr. Jekyll and Mr. Hyde (1931)

For the previous post, go to A Haunting We Will Go: The Hardy Boys and Nancy Drew Mysteries (1977)

For more online dating taking a bad turn, go to Secrets are Great, Unless You Get Caught: Perfect Stranger (2007)