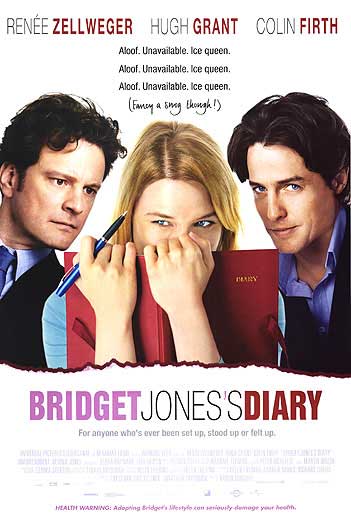 So Bridget Jones’s Diary is a film I didn’t really like, click here to read why, but had a few romantic moments that I enjoyed, and here is one of them

Bridget Jones works at a publishing company and has the hots for her boss, Daniel Cleaver, (Hugh Grant). She is unhappy with her weight, smoking, alcohol consumption, and singleness.

Her mother tries to throw her together with recently divorced barrister, Mark Darcy (Colin Firth), but Bridget thinks he is a snob and gets offended at something he says.

After a really embarrassing night she goes off with Daniel Cleaver. The two begin dating and he tells her that he had his heart broken when Mark, his best friend, took off with his fiancé.

Also to complicate Bridget’s life, her mother has split up from her father dating someone new.

Bridget is excited to show off her boyfriend, but Daniel is called away; and it turns out he’s been cheating on her the whole time.

Back to the ice-cream

Bridget leaves her job and takes another where she is mostly boobs and butt instead of a serious reporter.

As she is trying to change her life, Mark says he loves her out of the blue.

Will Bridget be able to navigate her life through the twists others toss her way?

Most Romantic Moment: I Will Help You Cook and Eat What You Make

So Bridget has this bright idea to cook her birthday dinner, but unfortunately has no clue how to cook.

Mark stops by, out of the blue, and when he sees her uncertainty and lack of skill goes right into the kitchen to assist her.

A guy who cooks?

But the most romantic part of this, is not only does he get in the kitchen and assist in the cooking; showing he is not a snob, stiff, and destroying the image Bridget cooked up in her mind: but he actually eats the slop that Bridget eats.

That’s real love right there, because that food looked and probably tasted disgusting. But Mark didn’t let that get in the way. He loved her so much he overcame such obstacles.

For the previous post, go to I Will Face My Fears for You: Back to the Future (1985)

For more Colin Firth, go to When I Get Into a Novel

For more on Pride & Prejudice, go to Is Mr. Darcy Out There?

For more based on Jane Austen, go to Pride & Prejudice & Zombies