So Christmas is coming and now is the season for baking! 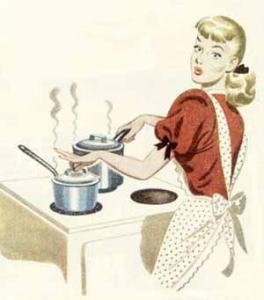 This recipe comes from my a book I received for Christmas one year, Christmas Cookies. As I like to make anything Regency or tea related I thought it was no better time than now to include it as shortbread is perfect to pair with tea.

“Shortbread is made with a few basic ingredients, and the results are sensational. The key to success with this thick shortbread is baking it slowly so it doesn’t brown.” 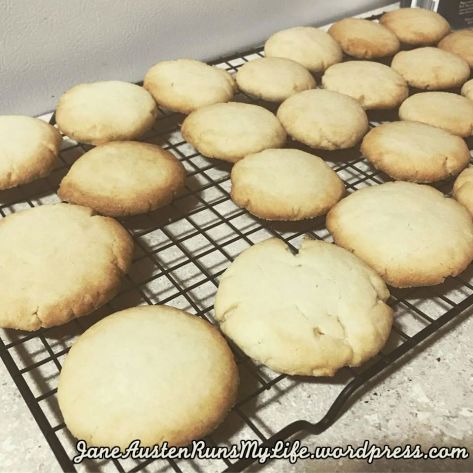 These were delicious and so buttery good.  A perfect compliment to tea, Christmas, or anytime/anything. 🙂 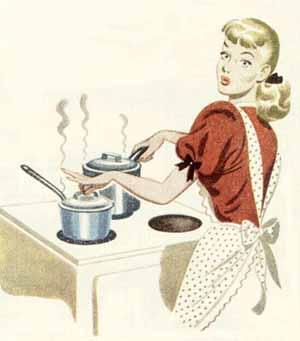 So today I spent the day baking, baking Christmas Cookies!

The first were called Sand Tarts, which I got from my sister blog Mysterious Eats. They’re posting the recipe next Friday, but gave me a sneak peak. They look good, and seem tasty. You see I could only eat a little bit of each cookie as I’m still recovering from having my wisdom teeth extracted.

I was making a dozen for one of my jobs, as this Sunday is their annual Christmas Children’s Program. 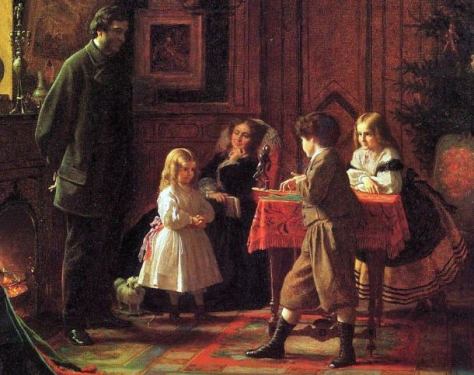 After I made those I moved on to bake the Regency Ginger Cookies, also from mysteriouseats.wordpress.com, for a Christmas Cookie Party that I am planning on going to. Not only did I want to do them because I’m all about Jane Austen, but figured no one else will do that type of cookie.

So this morning as I prepared to make four dozen cookies (one for the kids and three for the Christmas Cookie party) I decided, hey I should bake in my pajamas, so I can be comfy. 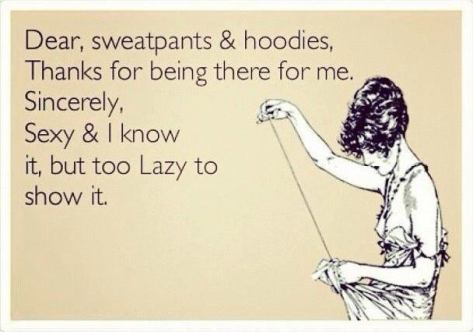 And then I thought I shouldn’t put on any makeup or do my hair either.

I mean after all I was going to get ingredients all over me, was probably going to make a huge mess I’d have to clean up anyway, etc. I mean why bother?

But it seems like no one else got the memo. I had people stopping by all day.

No one ever visits me without calling first, except on the day that I am a super mess.

It was kind of funny as they looked at me with surprise and shock and how messy and grossly I was dressed.

What are you wearing?

But that’s how it goes. And now that I am done cooking, all I want to do is lay down. 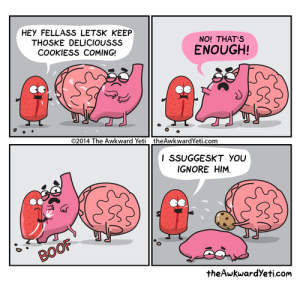 But hey, Christmas comes but once a year, so live it up!

For more Jane Austen Quotes, go to You’ve Got to Accentuate the Positive

For more stories of my everyday life, go to A Real Life Saver

So I never believed in Santa Claus when I was a kid. 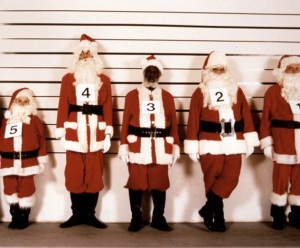 It’s not like I hate him or anything or want him gone forever. My parents told me that he lived years ago and died, so the Santa that exists today is more of a feeling than an actual person. But even though I wasn’t a Santa person, I still like a few Christmas Carols that involve him.

One of my favorites is Here Comes Santa Claus (Down Santa Claus Lane). I first sang it back when I was in Girl Scouts and we went into the nursing homes to carol.

It was written in the 1940s by Gene Autry, who got the idea after he was Santa Claus in a parade. Since then it has been covered by numerous artists; like Elvis Presley, Doris Day, and Bing Crosby to name a few.

My favorite version? The one from The Year Without a Santa Claus

For more on The Year Without a Santa Claus, go to 25 More Films of Christmas

Your favorite holiday? Oooh that is a hard one to answer. Choose one?

In case you haven’t noticed, I’m a big holiday person. I love all holidays, even those that aren’t “real” (November 5th or May 4th?). What can I say?

So if I had to pick my three favorite holidays? Here we go! 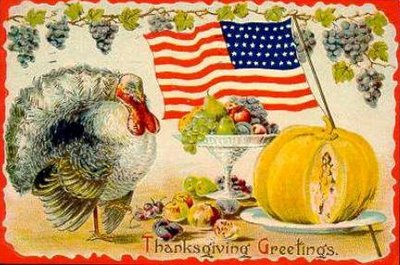 I love Thanksgiving as I love everything it stands for. I know a lot of people want to say how “the first Thanksgiving shouldn’t count” as “it opened a door to genocide” or whatever, but that’s not true. Not all relationships between the Native Americans and pilgrims (pilgrims not Puritans. Huge difference) was bad. In this case, the Native Americans helped those early settlers. If it weren’t for that goodwill, I wouldn’t be born as my family most likely never would have immigrated and met.

I also love how Abraham Lincoln recognized that in all the stress, bumble, and grind of everyday life; time should be given so that all can stop and be thankful for all they have.

“I do therefore invite my fellow citizens in every part of the United States, and also those who are at sea and those who are sojourning in foreign lands, to set apart and observe the last Thursday of November next, as a day of Thanksgiving and Praise to our beneficent Father who dwelleth in the Heavens.”

I also love gathering with family and enjoying each other’s company. And of course, I love to eat until I explode. 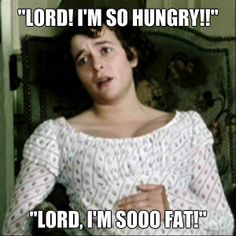 For more on Thanksgiving, go to I Before E, Especially After P

I know you had to see this coming. What with my Horrorfest I do every year (going on my fourth year and it is going to be good. I promise!), you had to know that Halloween is one of my favorite holidays.

What can I say about this holiday? I love that it is fall and there are dry leaves and pumpkins everywhere. I love the chill in the air and that it is usually the start of rain. I love the candy. I love dressing up in a costume, I only wish I could do that more. And most of all I love the horror films that are showing everywhere and on sale to buy. I just love Halloween. 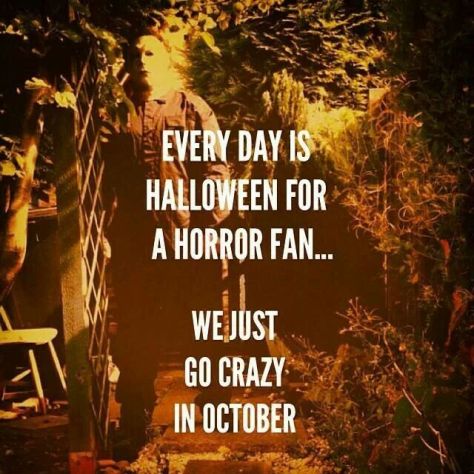 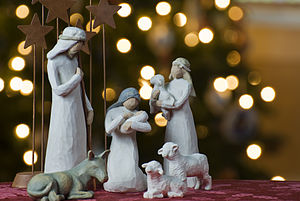 I LOVE Christmas! Words cannot describe how much I enjoy when it comes around. I love how almost everyone is trying to be nice and kind, goodwill abounding; people actually going out of their way for others.

Plus I love picking out the perfect gift and wrapping it up and placing it under the tree, just waiting to see their face when they open it!

Going to church, cookie baking, carols, Christmas movies! And the tree, we go every year to chop one down and then decorate with the same decorations we’ve had every year. Pulling out our nativity and retelling the Christmas story again!

I love it, and can’t wait for it to come around! 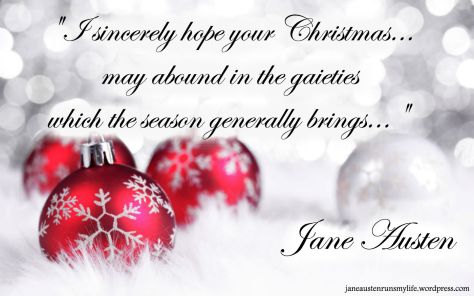 For more on Christmas, go to 25 More Films of Christmas

For more holidays, go to Every Heart Beats True for the Red, White, & Blue 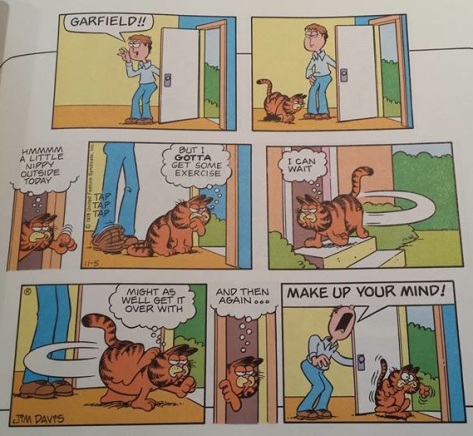 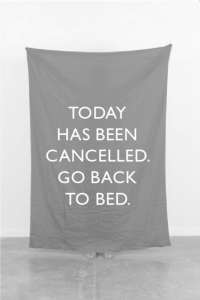 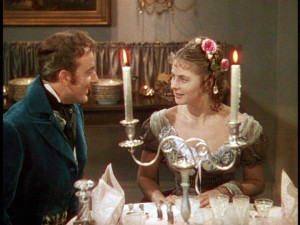 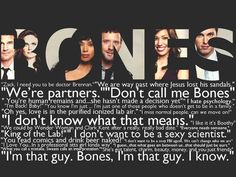 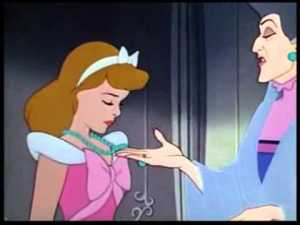 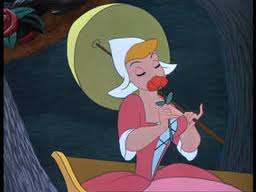 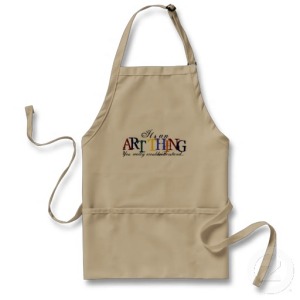 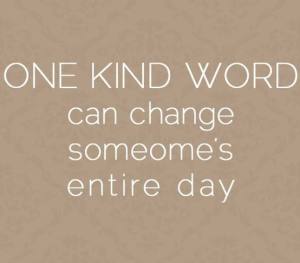 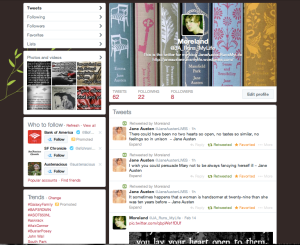 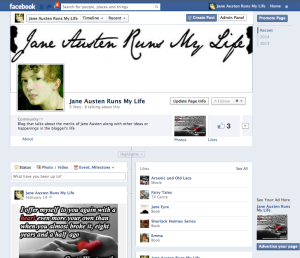