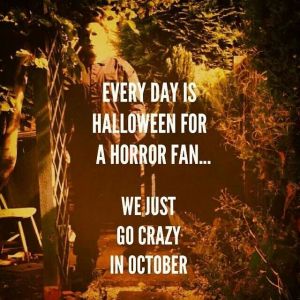 It’s that time of the year again! Time for another Horrorfest, 31 days of horror, mystery, monsters, etc. 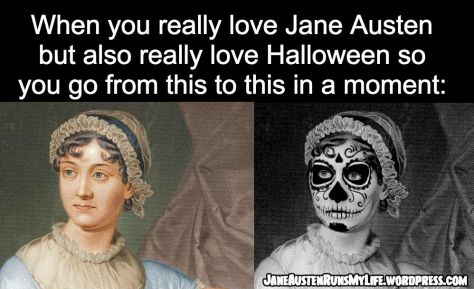 So I started Horrorfest back when I first began blogging. I was trying to figure out what I wanted to do with it, the direction I wanted to go in. Since I like to watch scary movies every day in October, I decided to review them, and I had so much I fun I continued every year.

I know some people aren’t interested in it or would think it has nothing to do with my blog’s title, but you know who would love it and be so into horror films?

When I started this, I used a lot of stills from the movies I was reviewing and ended up with a a bunch of photos I couldn’t reuse for future posts. Since then I try to add less, unless I think I can use it for future posts or that it is crucial to the story. Instead I reuse old photos and I try to caption each photo with what film it came from, but at times I forget.

Over the years I have established a set of rules and annual films categories. Every year I have enjoyed doing it although sometimes I have fallen behind because of life getting in the way. Usually I have the posts written, and it is just the editing that slows me down. If you have someone willing to edit your work-give them a lot of love, because it takes SO much time to do.

Rules are there must be at list one film or TV show episode:

The Jane Austen one is the hardest to do, although last year I had several. We had Non-Austen Films for Austen Fans with Alta Mar AKA High Seas, “Death By Persuasion” from Midsomer Murders, Rebecca, and Strong Woman Bong Soon; along with the film that led to Sense and Sensibility (1995) being made-Dead Again. 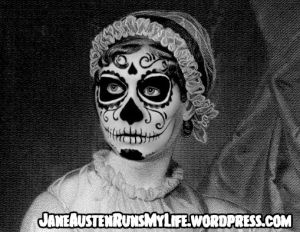 Another tradition I added is dressing Jane up in costume every year. Last year I did the Dia de Los Muertos calaveras mask. This year I had a harder time deciding, and finally settled on, Jane the Vampire Slayer-because of the film I will be reviewing tomorrow:

For the original Horrorfest, go to I Don’t Belong in the World: Carnival of Souls (1962)

For Horrorfest II, go to There Are Many Strange Legends in the Amazon: The Creature From The Black Lagoon (1954)

For Horrorfest IV, go to You Cannot Conquer It. It has Conquered You!: Dr. Jekyll and Mr. Hyde (1931)

For Horrorfest V, go to Who You Gonna Call?: Ghostbusters (1984)

For Horrorfest VIII, go to Count Dracula the Propagator of This Unspeakable Evil Has Disappeared. He Must Be Found and Destroyed!: Horror of Dracula (1958)