So when this film came out in 2009, I really wanted to see but couldn’t find anyone to come with. Nobody seemed interested, and those that were had already seen it. I decided that I would wait to watch it until after I had read the book it was based on.

So that happened much later than I thought it would. At first everyone wanted to read it so it was hard to get a copy, and then I got busy reading other things.

Anyways, so last month I went to a library book sale and discovered The Lovely Bones on sale for 50¢. Never being one to turn down a deal I bought it and immediately read it. It was different than I thought it would be as we learn the identity of the murder immediately. It was still a suspenseful book and interesting as we see how Susie Salmon’s disappearance affects her and the rest of her family. The other really interesting thing about this book is it really shows the changes that have come along since the ’70s regarding how police work and the forensics that we have. Not to mention criminal profiling.

So, back to the film. While the book is more of a suspense/horror/drama; but the film is mostly a drama with veins of suspense. The film was pretty good although they had to make a lot of changes. Mostly it had to do with cutting as the book is really long and spans about 10 years. The film only covers about a year-18 months. But the film was pretty good otherwise, and I recommend it.

So as mentioned earlier, Susie Salmon is a fourteen year old girl who gets murdered. At first she is presumed missing, and the police begin to investigate. The film details how her disappearance and lack of closure affect her family-father, mother, sister, brother, and grandma; along with friends and the community.

So this is what made the film great.

The film is mostly in wide angle shots and they are set up beautifully. As the film is told in flashbacks or from the viewpoint of the spirit of Susie; it works really well. Not only are the regular shots extremely beautiful; but the scenes of heaven/limbo are extremely amazing and artistic. You really get the feeling that you are in a a place created by a child’s mind (as it is supposed to be what Susie wants).

Susie is played by Saoirse Ronan and does a really great job at being a fourteen year old kid. She really makes you believe it as she is shy when a boy likes her, sassy and trying to “rebel” against parents, showing she is moving toward becoming more adult, while at the same time still being very much a kid. You really feel for her as she wants to move on to heaven and a better life, but doesn’t want to leave her family or the boy she cared for.

Mark Wahlberg plays Jack Salmon the father who we adore and wouldn’t mind having. Jack is a caring father that has a really close bond to his children, often being the one they go to as their mother (Rachel Weisz) resents the life she lives. He has an incredibly close bond with Susie, not only because she is the oldest, but they have a lot in common. In fact, she is the only one who enjoys the model ship building he does. When he loses her, he falls apart trying to discover who the murderer is. He also works overtime trying to be there for his other kids. He never gives up, as he can’t just have his daughter disappear. Even when his wife leaves, he continues trying to care for his family and preserve his daughter’s memory. He faces the issue and problems straight on, while his wife runs away. When his wife comes back, he welcomes her back with open arms as he never stopped loving her. He is an amazing father, and you really feel for him and everything he goes through. What makes this performance even more amazing was that Wahlberg only joined the crew a day before filming actually started, knowing next to nothing about the story. 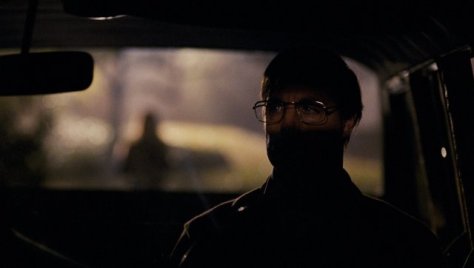 Stanley Tucci deserved his oscar nomination and should have won for his performance.I mean anyone who could go from this

Every time we see him chills run up and down my spine, he is soooooooooo creepy.

You should definitely check this film out. 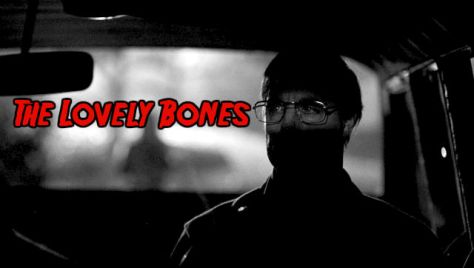 For the previous post, go to Keep Clear of the Moor. Beware the Moon

For more film based on a book, go to What Is This Thing?

For more on Mark Wahlberg, go to At the End of the Rainbow

For more of my fav quotes, go to You Think You Know Something, Don’t You?

For more bookish posts, go to Opening With… 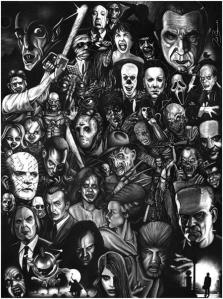 I love Horror films and LOVE watching them. To get into the Halloween spirit, I’m going to be posting reviews of my favorite horror/suspense/halloweeny films, and ones I’ve seen that aren’t that good. My goal is to randomly select a movie and post a review every day in October. Hopefully I’ll meet my goal! (Fingers Crossed). Just so you know each post may contain spoilers! I know that this technically has nothing to do with Jane Austen, but not only do I love holidays and celebrating them; I know one Jane Austen character who would’ve loved Halloween:

I know Halloween is something that only in more recent times has become popular, but I bet our little gothic and spookiness lover Catherine would be super into it. I can see her watching flicks and dressing up.

Whether you agree or not, we will still be having it.

Get ready for one amazing scarefest coming your way! 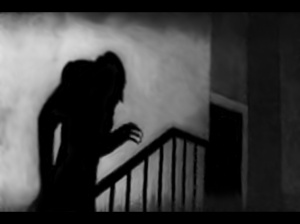