So those of you who have been following me for a while are aware of a challenge I made a year ago. You see 2013 was the 200th anniversary of Pride & Prejudice being published.

I was going to do this whole series of posts on the book, books based off of it, films, etc. You know, the whole nine yards. (Go here to read more about it). Unfortunately… 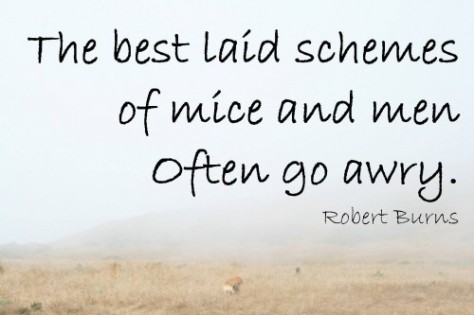 Life happened and got me off course. (Click here to read more about it).  But I promised to continue to reread the book, watch the films, read the inspired fiction, etc until I had completed it all. It is a very long process and I have yet to finish it. However, as I was making these posts, I started thinking about how all the other books were being ignored. That made me sad, so I decided that I would read all her books, inspired fiction, film, etc.; at the same time and review them!

Yay that’s a lot, but it’ll mean that all her books will get a voice. Especially the widely ignored ones like Northanger Abbey, Persuasion, and Mansfield Park.

So the next book I’m going to start doing a lot of posts on is Sense and Sensibility.

Jane Austen bought the book back and instead went to work on another one Sense & Sensibility. She sent this one to a different publisher and the work actually went through in 1811. So this book was the one that really set her up as a writer, and developed fans, making the publishing of Pride & Prejudice in 1813 feasible and accepted.

So all you Pride & Prejudice fangirl and fanboys better say a hearty thank you to Sense & Sensibility because without it, Austen might have become so discouraged that she never wrote anything else. And who could picture a world without her in it?

What also makes this book special is that it is the only one to have two main characters, Marianne and Elinor. Persuasion is all about Anne, Northanger Abbey focused on Catherine, Emma is Emma’s story, Mansfield Park‘s attention is on Fanny, and Pride & Prejudice is all about Elizabeth. Yep, this is the only story that two characters are equally represented. You know what else that means? Double the Austen Heroes.

So get ready for the sense:

Here are a list of other adaptions that I will also be reviewing.

Suspense and Sensibility (Or First Impressions Revisited) by Carrie Bebris

The Smart One and the Pretty One by Claire LaZebnik

The Dashwood Sisters Tell All: A Modern Day Novel of Jane Austen by Beth Pattillo

The Sense and Sensibility Screenplay and Diaries: Bringing Jane Austen’s Novel to Film by Emma Thompson & Others

Scones and Sensibility by Lindsay Eland

So Into You (The Jane Austen Academy) by Cecilia Gray

Sense and Sensibility (The Austen Project) by Joanne Trollope

Sense and Sensibility and Sea Monsters by Ben H. Winters

For more on Sense & Sensibility, go to Opening With…

For more on Elinor Dashwood, go to A Bit Pottery About Jane Austen

For more on Marianne Dashwood, go to On the 10th Day ‘Til Christmas: Merry Christmas from the Austen Novels

For more on my love of Jane Austen’s work, go to Fanning All Over the Place

For more of my favorite quotes, go to Simply Fantastic