So as I mentioned in an earlier post, I decided instead of reading through each Jane Austen novel one by one, I will instead read four chapters of one and then move on to another, then another, etc; that way each book would get posted on. I decided to do this mainly because Mansfield Park, Northanger Abbey, and Persuasion are really forgotten in the Austen fan world. Also because it is more fun this way. I started with Pride and Prejudice as it turned 200 in 2013. Then I moved on to Sense and Sensibility as it was the first book published. I should do Mansfield Park next, but decided to wait as this year is a special year. Yes 2015 marks the 30th anniversary of 1985, of which I have written a post celebrating The Breakfast Club, will be posting one on Back to the Future, and one honoring the rest of the awesome stuff that came out that year. BUT, 2015 marks another anniversary, this Christmas marks the 200th Birthday of Emma. 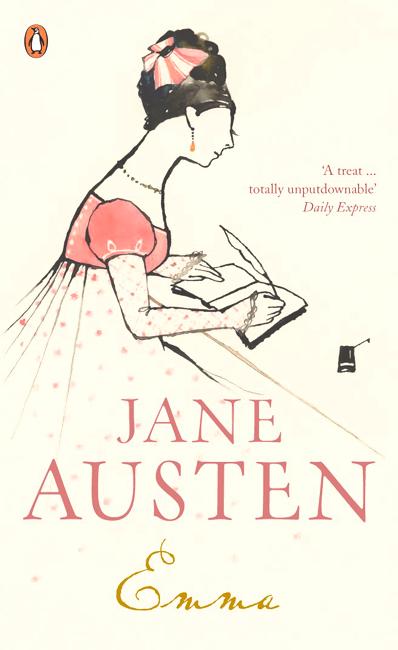 Emma is a very unique character unlike any of the other Austen heroines. Many people don’t like this book because they don’t like Emma. I know my friends who love Austen tend to like her least of all the Austen heroines as they think she is too shallow or silly. In fact Jane Austen herself said that in writing Emma:

“I am going to take a heroine whom no one but myself will much like.”

Well I love Emma. Most likely because she and I have a lot of similarities. 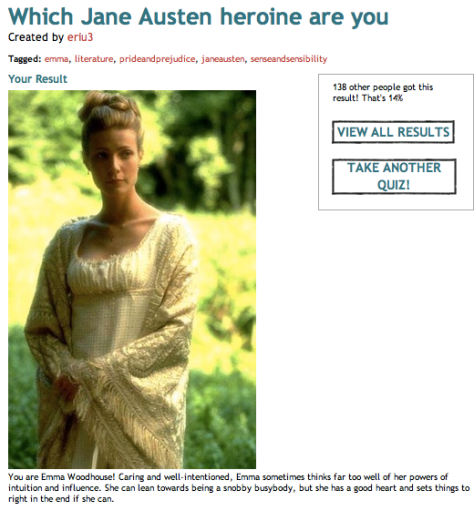 Sister’s amor hating you, a guy who won’t stop following you around. In my case 3), a friend who has a trifecta of boys rejecting her, deciding to become a spinster, has meddled in friends’ love lives…need I go on? 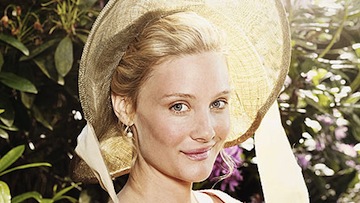 There are probably many of you out there who have had similar experiences.

But Emma is more than just fluff and comedic moments. Through this novel Jane Austen was able to share her own ideas of spinsterhood and how being a spinster who could care for one’s self (like Jane was able to) was nothing to look down on or pity.

Yep, just like her modern counterpart, Cher from Clueless, there is something about that girl that is just lovable. 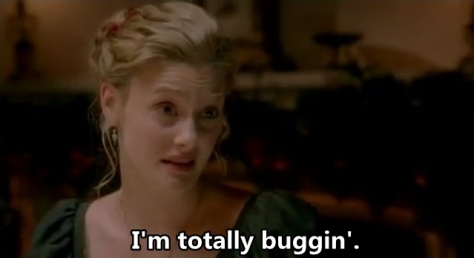 Not to mention Emma has the amazing Mr. Knightly. 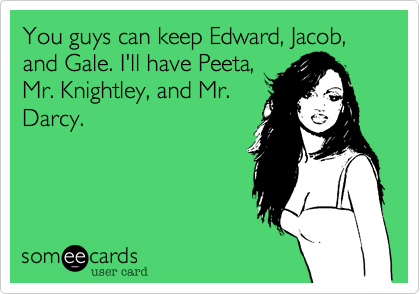 Like with the other two books, I will also will be reviewing books and films that are either another version/interpretation of the story or based on the book with a twist. Hope you all enjoy!

A Visit to Highbury: Another View of Emma by Joan Austen-Leigh & Jane Austen

The Importance of Being Emma (Darcy & Friends #1)  by Juliet Archer

For more on Emma, go to Opening With…

For more quizzes, go to Lookin’ Over a Four-Leaf Clover