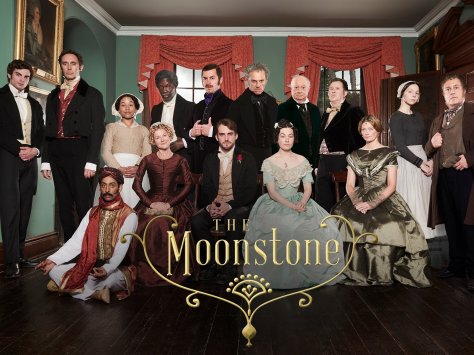 So I LOVE Wilkie Collins. I feel in love with his work when I read The Woman in White, the title hooking me and the rest of the novel not disappointing me at all. That book has stuck with me, and when I first read it I devoured it!

Last year my sister and I started Period Drama Saturdays where we watch a period drama and have tea together. We had just fininshwd her pick of Victoria and it was my turn. I really wanted to watch The Woman in White, but Amazon had taken it down. While it didn’t have that Collins’ adaption it did offer The Moonstone.

I hadn’t read this book yet, but as it is considered by many to be the first detective novel, it is on my list.

However, I decided to watch it and I loved this production. My sister amd I planned on watching only two episodes, but couldn’t stop and finished the miniseries that night.

So the story starts with a paper puppet opening about how a giant diamond, “the moonstone” was stolen by a colonel when he was in India, and after his death it was to be passed to Rachel Verinder (Terenia Edwards) on her 18th birthdy.

Before her 18th birthday Rachel and her artist cousin Franklin Blake (cousin to Rachel) had seemed really close-he even planned to ask her to marry him. But after the theft of her diamond she refuses to talk to him and returns all his letters. Sergent Cuff tried to solve the case, but it metted out as all members dispersed.

It has been a year since the theft and Frank (Joshua Silver) decides he must figure out who stole it and solve it-in order to win Rachel’s heart again. 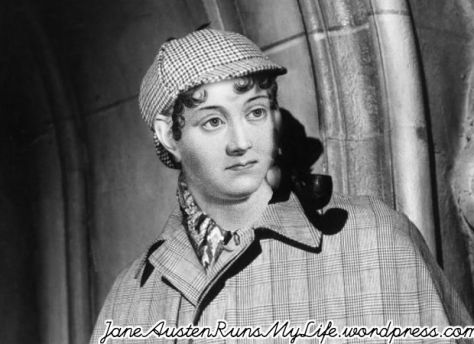 Frank must go back and question all who was there that night-taking us, the viewer, back to the night of the crime.

Thar night Rachel wore the diamond and it was commented on by all. At the party were the following people:

Lady Verinder (Sophie Ward), Rachel’s mother, is very devoted and loves her. But could she have been tempted by the giant diamond? After all, she was skipped over inheriting it for her daughter.

Drusilla Clack (Sarah Hadland) is a very “moral” person and is always throwing tracts about. When she first saw the diamond she mentioned she said if she had inherited it, she would use it for good, by selling it and giving the money to the poor. She is very intense in her beliefs, could she have justified taking it? She is also very interested in Godfrey Ablewhite, but Godfrey  needs someone with money. Could she have taken in the hope to get her man?

Godfrey Ablewhite (Stewart Clarke) is a handsome young man after Rachel. He has good “business prospects” but in reality he really wants a wealthy person to take care of him. Could he have decided to take the diamond instead of the girl? The two now are engaged, so it seems like he doesn’t have the diamond, unless he decided to take both-keeping the diamond for himself.

A trio of Indian men show up outside the party and refuse to leave. They call themselves the guardians of the moonstone and want it back. A lot of people think they are the thieves, but it turns out that they have remained in the country the whole year. If they had stolen the stone, then why didn’t they leave for India with it?

Mr. Murthwaite (Guy Henry) is an adventurer and knows an awful lot about the moonstone and the group of Indian men’s belief that the stone belongs to them. Is he a part of it? Did he hire the Indian trio to cause a smoke screen?

Not guests, but still preset were the butler Gabriel Betteredge (Leo Wringer) and Penelope Betteredge (Nisa Cole). They both love Rachel, Gabriel helped care for her and Penelope grew up with her. But could ome of them be tired of being a servant? Could the size of the Moonstone be too much for them to resist?

Detective Sergant Cuff (John Thomson) has discovered that one of the housemaids, Rosanna Spearman (Jane McGrath), used to be a thief prior to working in the house. She was also extremely attentive to Frank. Was she helping him as he is the one who was supposed to take the diamond to the bank for Rachel? Did she steal it to get his attention/love? Did the giant diamond lead her back to her former life?

Dr. Candy (Jeremy Swift) is the family doctor but he gives off a really creepy vibe. He gives Frank a sleeping draught that totally knocks him out. Did he do that so that Frank wouldn’t spot him stealing the diamond? Or maybe Ezra Jennings (Trevor Fox) his assistant, an opium addict, is the one that stole the precious gem.

Frank continues to search and tries his hardest to find out the truth, but will he be happy with the answers he discovers? And what about Frank? Is his reasons for finding the diamond altruistic, is he just after Rachel for is money, or has he been seduced by the stone as well?

A great story and a wonderful adaption. I strongly recommend watching this as it was really good! The ending also has a fantastic twist!

For more mysteries, go to Are You Prepared to Encounter All of Its Horrors?…Let’s Just Say That All Houses Have Their Secrets, and Northanger is No Exception.: Northanger Abbey (2007)