So since today is Veteran’s Day I was going to do a post about 11 of my favorite war movies. However since it has been a while since my last Austenite post (not counting the Halloween one), I thought it would be better to do a list of my favorite Austen military men. As Deniece Willams’ put it so well. “Let’s hear it for the boys!“.

So here we go. 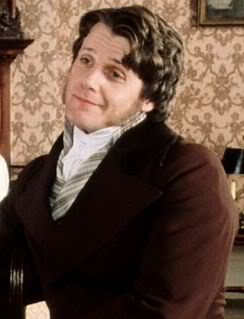 Colonel Fitzwilliam is from Pride and Prejudice and is the cousin of Mr. Darcy. He doesn’t feature too much in the story as he is supposed to be at first seen as a “character foil” for Mr. Darcy (but turns out to not be as we later realize we have misjudged Darcy) along with furthering the plot (such as revealing there is more to Darcy’s character, that Darcy broke up Bingley and Jane, etc.).

He is a very nice and funny man. He is in the military as he is the second son, and therefore forced to work as he will not inherit. But even though he makes it clear to Elizabeth that nothing will happen (as she isn’t rich enough) he still treats her like a person and is great fun for Elizabeth to hang out with.

“Col. Fitzwilliam now seated himself by Elizabeth, and talked so agreeably of Kent and Hertfordshire, of traveling and staying at home, of new books and music, that Elizabeth had never been half so well entertained in that room before; and they conversed with so much spirit and flow…”

And to be honest, that’s all most people really want.

Captain Harville is from Persuasion and is a friend and fellow soldier of Captain Wentworth. He is a kind man who was wounded and retired from the military. He has a home in Lyme where everyone comes to visit and where Louisa gets injured at.

He is such a sweet and unassuming man. He opens him home up for everyone, and when Louisa gets hurt, allows her to stay there as long as she wants to until she is recovered. He is a great friend to Fredrick Wentworth and helps him realize how much he is in love with Anne.

Sir John is from Sense and Sensibility and while some find him annoying I think he is a really nice guy. He can be a bit intrusive and a gossip, involving himself in other’s affairs (primarily Colonel Brandon’s love life), but he has a kind and gentle heart.

When the Dashwood’s are kicked out of their home, he lets them his cottage for a price far under what it is worth. Not only does he do that, but he invites them over to his house daily, supplying them with food and comfort far beyond their current ability.

He is fiercely loyal and caring for his friends; standing by Colonel Brandon even when others say things about his rash behavior of breaking up their planned outing. He even forgives Willoughby after the whole Marianne issue.

For more on Sir John Middleton, go to A Bit Pottery About Jane Austen

Admiral Croft is also from Persuasion and is married to Captain Fredrick Wentworth’s sister. He is the perfect naval gentleman; kindly, genial, and good-looking (according to the Anne’s shallow and appearance obsessed father). He and his wife are so adorable, as they are also so clearly in love and can’t bear to be separated from each other for long periods of time. Anne considers them the happiest married couple she has ever met, and a role model for what she hopes to have one day.

I love how he gets rid of all of Sir Walter’s mirrors. I agree with him that Sir Walter was extremely excessive in that.

“I have done very little [changes] besides sending away some of the large looking-glasses from my dressing-room, which was your father’s…Such a number of looking-glasses! oh Lord! there was no getting away from one’s self. So I got Sophy to lend me a hand, and we soon shifted their quarters; and now I am quite snug, with my little shaving glass in one corner, and another great thing that I never go near.”

He is also very sweet. He and his wife care for Anne, giving her rides and taking her in to be part of their family. When Sir Walter snubs them in Bath, they take it with good humor and continue on their way.

We never get to see Colonel Campbell, but we get to hear all about him. He is from Emma, and the man who took care of Jane after her parents died. He was an old family friend and when Jane was reduced to the Bates’ poor circumstances he took Jane into his family and cared for her.

It was so nice of Colonel Campbell to do that for Jane. He could have just ignored her, but instead brought her into his family! Although he couldn’t provide her the same kind of future as his own child, what he gave her was much better than what she would have had without him. Through this she met the awful Frank Churchill, (more later on why I don’t like him), and had a “happy” future (Austen makes it seemingly happy but I don’t think one could be happy being married to Frank).

Captain Benwick is also from Persuasion, (most of these military men are as Persuasion is a miltary filled novel).

Captain Benwick is such an adorable man. He is so kind but has such a sad story. He was in love with Captain Harville’s sister, but when she died, he stopped living his life, depressed and heartbroken over her loss. He’s so cute and romantic.

In the novel he makes a real connection with Anne, both understanding each other through their similar pain of losing the one they love. Benwick loves poetry, mostly melancholy ones, and Anne’s helps him out of his funk by discussing lighter and better ones. Without her he would never have had the courage to love another, Louisa Musgrove, or ask her hand. 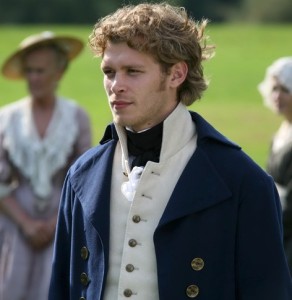 William Price is from the book Mansfield Park, and is Fanny’s older brother. He is the only one who remains in contact with her when she moves away, and is the epitome of the kind, caring, older brother.

“His last thought on leaving home was for her. He stepped back again to the door to say, ‘Take care of Fanny, mother. She is tender, and not used to rough it like the rest of us. I charge you, take care of Fanny.”

He shares a lot of sinilar traits as Edmund, although he doesn’t act as dumb as him. (More on this later). To Fanny, those two men are the most important people in her life.

William is honest and hard-working, which unfortunately not too helpful in moving up the ranks in the military, in times of peace. At this time in history, to get a good position in peace times, was only by having purchased a commission or position. He doesn’t get a big break until Henry Crawford pulls some strings, trying to get on Fanny’s good side. 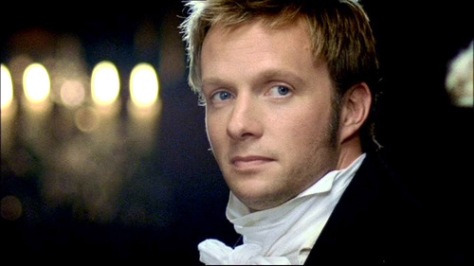 Captain Fredrick Wentworth is the romantic hero of Persuasion. He is adorable and wonderful, I just adore him. After Anne breaks his heart, he goes off bravely combating anything in war. While he puts on a tough exterior, he is still in agony over losing Anne. At first he is a tad mean to her, mostly being cold or ignoring her presence; but this is perfectly understandable as he has spent years in pain over her; never realizing that she has been feeling the exact same way. He thought she didn’t want to be with him because he was poor and of a lower class.

He flirts with other girls to make her jealous, but realizes that he was crazy to do so as he could never imagine himself with any one but Anne. He thinks that he has lost her, but her conversation with Harville about women loving longer than men convinces him otherwise  and encourages him to write one of the best Austen letters. More on him later, as he deserves his own post like Knightly.

Colonel Brandon is one of the best Austen heroes. He’s from Sense and Sensibility and has such a sad story, but still remains kindly and good-hearted.

When he was younger he fell in love with a girl, but his father broke them up. He went on to India, but she went down an awful life as she feel in love with a man and was left alone pregnant. She died young, and Brandon took care of her child, raising it as his own.

He fell in love with Marianne, not caring that she had no fortune, but instead loving her mind and spirit. He is rich and of high social standing, but doesn’t allow those customs dictate the ways of his heart. He continues loving her and caring for her; even though all she thinks of him is an “old man”. He never gives up and does all he can to help her. When she is injured and caught in the rain the second time, he carries her to safety and travels a great distance to bring her mother to her.

He is kind, generous, and one of the most amazing Austen men; my top military man. He will be getting his own post too, eventually.

For more on Colonel Brandon, go to It’s All Jane Austen’s Fault

I just want to end this post with my most heartfelt thanks to to all who have served our country and for those currently serving. Thank you so much for everything you have done and for all the sacrifices you have made. I am so happy to live in a country that gives honor to those who deserve it for all that they do. Happy Veteran’s Day!

For more on Pride and Prejudice, go to A Halloween Hello from the Austen Men

For another Persuasion post, go to A Letter of Love

For more on Sense and Sensibility, go to On the 10th Day ‘Til Christmas

For another Emma related post, go to I’m No Warrior, I’m an Assistant Pig-Keeper

For more on Mansfield Park, go to Part IX: Adventures in Movie Lines