I am Audrey Hepburn and Cat is my fandoms

So after a brief hiatus, the fandom posts are back. Here we go with a few more things, as Audrey would say, I go ape over. 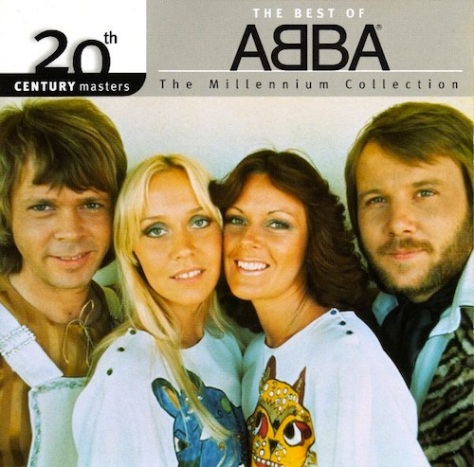 I first got into ABBA through my mother, who grew up in the ’70s and was a disco queen.

Yep she and my and my dad grew up in the ’70s, being the ones to blame for my obsession with the music from that decade.

Anyways, one day she was watching a Time Life infomercial or something that had a collection of all of ABBA‘s greatest hits; along with their concerts on a collection of videos (yes I said video, they were on VHS).

I started watching it with her when I heard the song Dancing Queen. I said “Isn’t that by the band S Club 7, a band I was a fan of through the TV show that used to be on abc family. My mom told me that ABBA was the one who created it. I stayed with her to finish watching, and became a huge fan.

What can you say about this Swedish Disco/Pop Rock/Glam Rock group other than they were awesome! I love the songs and their costumes. 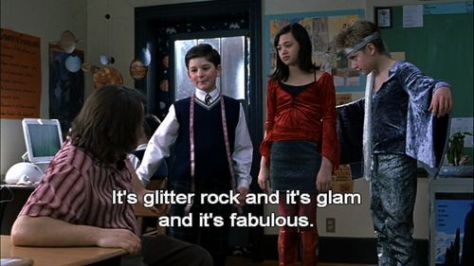 When Mamma Mia! came out in 2008, I was the only girl their under the age of 40; but I didn’t care. The story was so-so, but I had fun singing along as I knew every lyric. 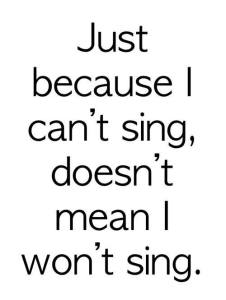 My favorite songs are Dancing Queen, Does Your Mother Know, Fernando, Gimmie! Gimmie! Gimmie! (A Man After Midnight), Honey Honey, Lay All Your Love On Me, Mamma Mia, S.O.S., Super Trouper, Voulez Vous, and Waterloo

I happened upon this show accidentally one morning (they had stopped showing Saved By the Bell). I was channel surfing to see what to watch before class, when I saw Thomas Haden Church. As I just adore him, I decided to check the show out and fell for it.

Ned Dorsey (Thomas Haden Church) is a fantastic advertising executive. He’s up for a big promotion; only problem is he is a confirmed bachelor (trust issues & parent issues) and they are looking for a family man. He needs a wife and he needs one quick.

Stacey Colbert (Debra Messing) is a writer living with her parents as she can’t find an apartment she can afford with her meager paycheck. After Stacey and Ned meet on a blind date, Ned proposes. If Stacey can be his wife for three years; she can live in the beautiful apartment, have nice clothes, enjoy the parties Ned is invited too, and date anyone she wants to (discreetly). It seems like too good of a deal and the two are soon living together. But will this odd couple be able to last?

The show was cute and zany as Stacey was crazy and all over the place, while Ned was more controlled and the “straight man” in the comedic duo.

I loved this show, but couldn’t see why Stacey hated Ned. He’s hot, funny, has great fashion sense, takes her to all kinds of cool places, can cook, is a great gardener, etc. I would have loved being married to him. 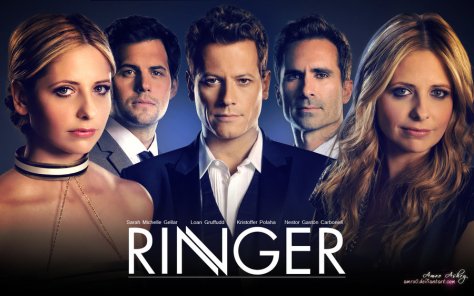 Ringer was a show that starred Sarah Michelle Geller and aired in 2011-2012. I thought it was fantastic and ended way too early. I’m not sure exactly what happened. Why did they cancel it? 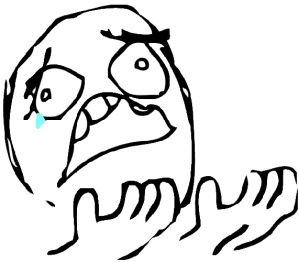 Why did it end?

So the series is in the noir genre and has one over-arcing mystery, with multiple twists and turns. Similar to Veronica Mars but much more adult.

Bridget Kelly is a drug addict and stripper. She witnesses a murder crime boss Bodaway Macawi, but is afraid of his power; running away from the FBI agents who promised to protect her. She instead goes to her long estranged twin, Siobhan in New York.

Siobhan has risen from their humble roots, now being a a high society girl; married to one of the most powerful stockbrokers; Andrew Martin (Ioan Gruffudd). Siobhan promises to protect her and takes her out to their house on the Hamptons. They go for a boat ride when Bridget falls asleep. She wakes up to discover her sister gone! The only thing left are her rings!

Afraid that she might be suspected of doing something and worried about Macawi; she decides to pretend to be her sister. But what she thought was a perfect life; money, handsome husband, gorgeous clothes, great friends, etc.- turns out to be anything but.

Siobhan and Andrew’s marriage is on the rocks, her friends are catty, she’s cheating with her best friend’s husband, the stepdaughter hates her, an evil ex-wife trying to remove the “ex” in her title, and to top it all off; someone is trying to kill Siobhan.

Throw in a hot FBI agent that won’t settle until he finds Bridget and not knowing who to trust and you have one winner of a show! Too bad the network didn’t see that.

The only thing I didn’t like about this show was the reason why Bridget and Siobhan were estranged. It wasn’t a horrible reason, it made sense; but I don’t know I guess I was expecting more. The same way I was expecting MORE SEASONS!!

Why did they end it?!

Saved By the Bell 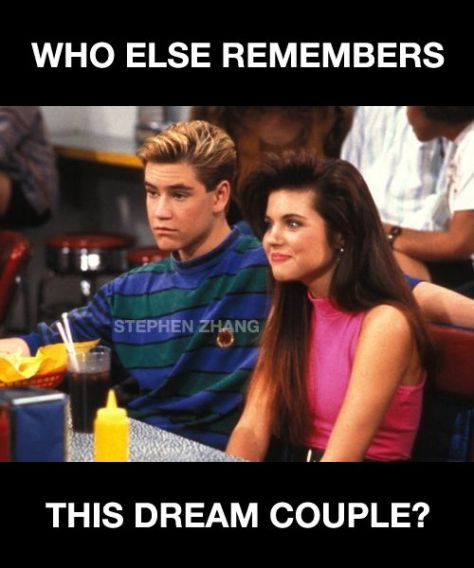 Saved by the Bell was one of my favorite shows growing up. I used to watch it in the afternoons, and then when they changed the line up; every morning. This continued up into college as I just loved the nostalgia, characters, and the fun plots. As they have it on Netflix; I’ve recently continued my watching and enjoyment.

So the show started out Good Morning Miss Bliss, with Hayley Mills as the main character, and teacher at the junior high school. The show did so-so; so they choose four of the characters to continue; changed the location, and instead focused on the students rather than teachers.

The show centered around Zach Morris, Screech Powers, Jessie Spano, Kelly Kapowski, Lisa Turtle, and A.C. Slater. Usually Zach either created a crazy situation or came up with some silly scheme to get out of a problem. However, they didn’t shy away from the serious issues; sometimes dealing with them in a cheesy way and others very poignantly.

I also watched the College Years, although I didn’t like the two girls they added on when Lisa, Kelly, and Jessie left the show. Otherwise it was good, espechially when they brought Kelly back.

So for characters we have my absolute favorite- Zach Morris played by Mark-Paul Gosselaar.

Zach was hot, and let me just say MPG is still looking pretty fine. He was also loyal, funny, kind, and just fun. He always had some kind of get-rich-quick scheme or plan that usually didn’t work out how he planned. However, one of the things that made him the best was his devotion and adoration of Kelly. Loved her from episode one and continued on.

Jessie Spano was played by Elizabeth Berkley. She was tall, intelligent, a feminist, and always crowing about rights and how stupid men are. 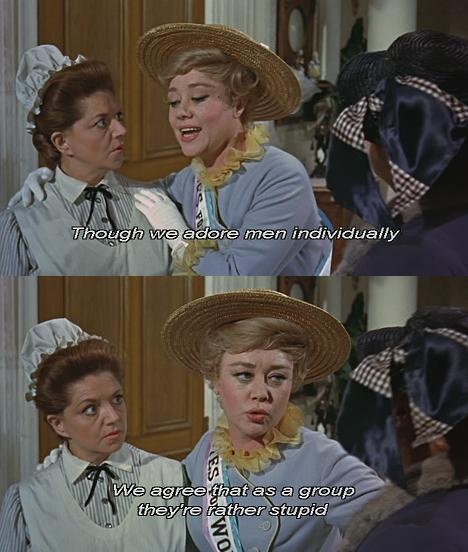 Sometimes she was annoying, but usually fun. At the beginning of the series she had a crush on Zach, but she ended up dating A.C.; and I thought the two worked well. She left the series, but returned for the series finale: when Zach and Kelly got married.

There was Screech Powers played by Dustin Diamond. Screech was a total nerd. He got straight As, built a robot, messed around with all kind of electronics, and was usually the naive one that went along with one of Zach’s schemes. He had a crush on Lisa, but she wasn’t interested in him.

Kelly Kapowski was played by Tiffani-Amber Thiessen. Kelly is the popular, pretty, cheerleader, but also smart all-American girl. All the boys wanted to date her; including Zach and A.C.

She and Zach are constantly being thrown together and then pulled apart, until the very end when the two finally stay together forever, as they get married.

She was always super popular and helping plan parties and dances. She and Zach date briefly, but most of the time she had a new beau every episode.

And last, but not least; the other guy that I thought was a total hunk (although my heart was first for Zach) Mario Lopez who played A.C. Slater. A.C. transferred to the school and was a jock, also being a rival for Zach in Kelly’s affections. However, as MPG and Mario became such great friends; the writers had to change the script and have the two become buds instead. He dated around, Kelly at times, but in the end of the high school series he and Jessie stole each other’s hearts. In the college years, he and Zach are roomies even trying to get into the same fraternity. Slater isn’t just a jock though, he has some great story lines in dealing with being an army brat and moving from place to place; along with trying to express his Latino culture. Like MPG he is still as hot as ever. 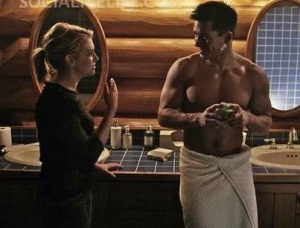 And just because it was awesome; here is the funny reunion they has on Jimmy Fallon’s show.

For more on Mario Lopez, go to On the 8th Day ‘Til Christmas: Holiday in Handcuffs (2007) 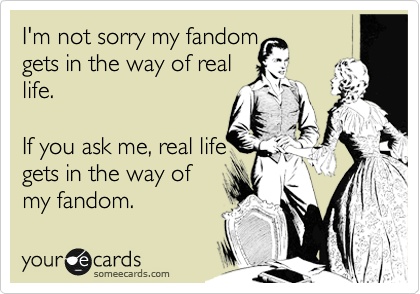 For the previous post, go to To Kill a Fangirl

And Stay tuned for part 20