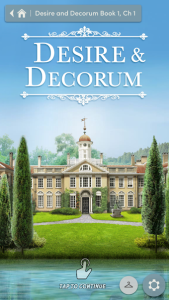 The one that is similar to the game design in the film Big? A computer game/book that you read but get to make choices as to what will happen next?

I know this isn’t a “movie”-its a game-but it’s like a combo of the two. You have a mix of film and book storytelling in combo of a video game.

This one is sort of like It by Stephen King. A group of kids meet a mysterious powerful creature called Mr. Redfield. After a tragic accident they never returned to the woods. The group split up and went their separate ways.

There is Stacey who became cheerleading captain and is being blackmailed by fellow cheerleader Brittany, into doing her bidding. Lucas is the class president and every moment of his time is chock full of extracurriculars, schoolwork, and etc.-where does he find the time? Andy-a transexual basketball player who faces prejudice because of his sexual orientation and race. Ava, full goth/witch who does whatever she wants and seeks powers. Lily, a lesbian in love with popular Brittany and the school nerd. Dan, football player but has been pulling away from everyone lately. Noah, who has been damaged by the incident that took his sister Jane and caused his family to fall apart. And there’s you.

Everything changes on the night before senior year when you and your friends receive strange texts from Dan. Then a mud monster in Dan’s form attacks you!

Dan has gone missing-bad things happen that “help you”, and it’s up to you what happens next as you fight mud monsters, massive spiders, bone and vine creatures, and have to figure out how to stop Mr. Red from hurting you all. What will you choose and will you make the right decision? Can you defeat Mr. Red?

I thought it was amazing. I couldn’t stop playing it, I just had to know what happened next.

The music is great as well and all together an amazing experience. I definitely suggest trying this game out.

For the previous post, go to Which Husband Ran Off With Addie Ross?: A Letter to Three Wives (1949)

For more on Choices, go to Desire & Decorum: Chapter 1, The Journey Ahead