Day 6) F is for Free: Choose a book you got for Free

Do you remember the Scholastic book fairs they used to have at school? I loved it. There were  bunch of books at the school and in the catalog. Even though we couldn’t spend a lot, my parents would always buy me at least one item. No matter how many books I already owned, I could always use more. 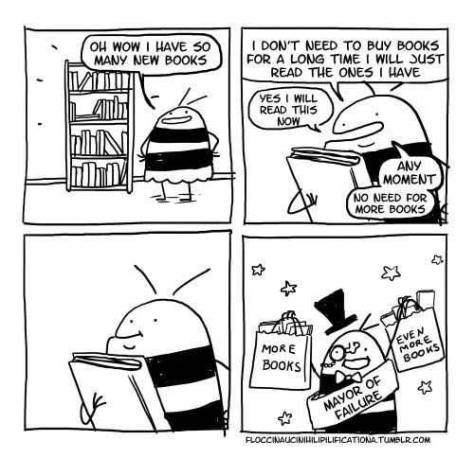 Well if you bought so many and did a certain amount in school you were able to get a free book! I was so excited and picked out a ton of different books I wanted to get.

But my mom pointed out that the free book had to be $4.50 or under. So we looked through the catalog and it turned out that there were only two books that were eligible.

Yeah, what a scam! Anyways, out of the two books Princess Nevermore, intrigued me. I read it and quickly loved it!

Now one of the reasons I choose this book to include in the 30 day challenge is that is seems to be one no one knows about which I think is a shame as it is a great book and needs more attention.

Princess Quinnella, Quinn for short, lives in Mandria, a magical world that exists under our feet! Once they lived in the world of men, but had to relocate as magic with humankind wasn’t working out.

The only place to view our world from Mandria is in the wizard Melikar’s chambers. There he has a magic pool that gives the Mandrians a view into our world, but we cannot see into their’s.

Quinn has grown up dreaming and wishing to visit the other world. She and Melikar’s assistant, Cam, have conspired on how to get there.

Quinn feels as if time is running out as she will soon be sixteen: a woman, betrothed, and focusing on ruling her kingdom.

One day she is visiting Melikar when out of nowhere Cam comes crashing into her, his magic ring transporting him there instead of where he was desiring to go. Melikar tells Cam to check the magic book and see what is wrong with it.

Cam goes and gets an idea, he decides that now is the time to send them to outer Earth. He shoots Quinn a look, and she quickly catches on and distracts Melikar until it is too late.

The pool’s water comes down and surrounds Quinn dragging her up and over to the other side.

As you can guess Melikar is furious! Not only was Quinn sent into the other world, but there is no way to bring her back until she choose to return, a clause that Quinn has no clue off.

Yes, Cam was foolish and acted too quickly or else he would have realized that it was a bad idea.

In order to bring the princess back, she has to go back to the pool, wish with all her heart to return, and turn in the pool, stirring it. And the catch, the spell can only be done once and is strong only for a quarter moon, that’s seven days. If she misses her window, she will never be able to return.

The first thing they must do is buy some time, drugging the royal family so that they will sleep through most of time that Quinn is away.

Quinn find herself in the real world and is unsure what to do next. She always planned for her to be with Cam and them being able to visit the world, but return whenever they desired.

Then a girl comes across her path, one she sees daily coming to the pool and wishing for beauty. A boy calls out her name, Sarah, and she calls him Adam. Adam tells her they need to leave now as Mondo has declared it is time to go.

Quinn decides to follow them as they make her curious and she has no idea what else she can do.

She follows them onto a giant dragon creature, a bus, and is questioned by Sarah and her brother is surprised when Mondo recognizes that she is from Mandria and gives the sign of the Lorik, a symbol to seal an oath and mark of friendship in this case. Mondo takes Quinn with them to their apartment.

Quinn shares the history of who she is with Adam being surprised and completely taken with her; and Sara slightly jealous at her beauty and the attention Quinn is receiving.

The next day they head off to school, Quinn fascinated and lost and confused. At first Sarah is helpful and kind to her, but then when her long time crush shows interest in Quinn and continues to ignore Sarah.

Quinn and Adam grow closer as he not only teaches her about the world, but they begin to fall for each other.

However, while young love blooms; Mondo is not pleased with it. Quinn can’t understand why he would be so upset over it.

As for Quinn she finds herself wondering about Adam. He isn’t royal, but she could abdicate her throne for her cousin and live in the human world, them visiting back and forth.

Back in Mandria, Cam and Melikar have to take another into their confidence. Ameka, Quinn’s tutor comes to Melikar’s place and discovers Quinn’s disappearance. They grow worried as Quinn not only seems to not want to leave that world, but Melikar can sense danger coming as Quinn has the magic ring.

Quinn found the magic ring stuck on her dress and promised not to use it, unless absolutely necessary. Unfortunately, she used it to get pizza, zap Zach, and get apples for lunch. However, Zach senses that there is something weird about her and gets Sarah, who only wants to impress him, to ‘fess up about her cousin.

Halloween approaches and Adam asks her to the dance. Quinn is thrilled to go with him, but then Zach enters and the testosterone goes flying as he tries to bully them into letting him take Quinn. They decide to “duel”, Quinn choosing jousting. 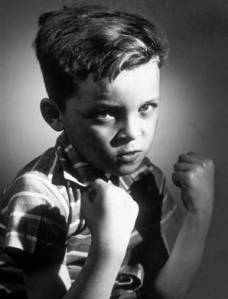 As there are no horses in the city for the teens to access, Adam’s friend Roger develops a “modern day” jousting. Adam does well, but Zach cheats and wins Quinn as his date. Zach isn’t interested in Quinn, but wants her secrets of magic.

The day of the dance, Quinn tries to speak to a hurt Adam, but he manages to elude her at every turn. That night as she prepares for the ball, Mondo decides it is time to tell his story.

He was a nobleman and used to visit with Melikar, just like Quinn. He would look at the wishing pool and see a girl come everyday. He feel head over heels for her and asked Melikar to send him over. He promised to remain there for a few hours and bring her back.

Sadly, she never came so Mondo went in search for her as he couldn’t go back without her. He found her, but she wouldn’t leave so he remained above. The two married and had a son.

Yes, but that’s not the whole story. When Mondo arrived the year was 1830. One year in Mandria was three years on Earth. Mondo was happy with Hannah, even though she aged more rapidly than him. But he was only thirty-four when she died at the age of seventy. And while they had love there were a lot of issues with it. They had to move around A LOT, pretend to be mother and son; grandmother and son, etc.  By the time he lost her, and his son as he left him with anger over his lack of aging; he thought about going back but it was too late with all the modern convinces to head back to the Middle Ages.

So now Quinn has a choice to make. Should she stay in our world or return home? Risk the lack of aging for her love?

And with Zach’s intentions, what will happen to her? Will she even be able to make that choice?

I’m not revealing the end as I thought it was too good. I loved this story and how the characters were and the ending. An ending I thought was better than Age of Adalind and all those other films that have a similar premise.

It is hard to find a copy of it, but try your local library. It is definitely worth a read. 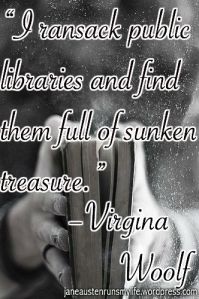 For the previous post, go to I Think I Have Found a Means of Conveyance…An Elephant: Around the World in 80 Days

For more on free, go to Free, for Lack of a Better Word, is Good

For more on princesses, go to For She Filled Their Lives With Sunshine

For more Virginia Woolf, go to I Found this Blank Book of Stitched Together Pages…I’ll Record the Details of Our Confinement: Book of a Thousand Days

So today’s carol I thought about how Quinn’s not sure if she will make it home, and settled on I’ll Be Home for Christmas.

I’ll Be Home for Christmas was written about and for the soilders serving overseas and wishing to be home with their loved ones. The song is supposed to be from the view of a soldier, asking them to get things ready, even though he isn’t sure he’ll be back.

It was written in 1943 by Kim Gannon and Walter Kent. No one would record it, as they thought it was too sad, until Gannon sang it to Bing Crosby who loved it. Bing Crosby was the first to record it, but it went on to be recorded by numerous singers.

Now I remember first hearing it be sung by a woman, not a man, and went with Karen Carpenter’s version.

For more on Bing Crosby, go to Your Cases Have Indeed Been of the Greatest Interest to Me: The Adventures of Sherlock Holmes