So it is time for our annual animated film. Every year I have picked at least one for my Valentine’s Day countdown. The previous years I have done Shrek 2, Anastasia, & Hercules /Up.

I know a lot of people don’t like Pocahontas because it is not accurate, is based on a story that might be a lie, the characters were not the right age, etc. Well I don’t care!

I think Pocahontas is not only one of Disney’s best films, one of the most beautifully animated films, but one of the most poignant race relations stories. In here we see the good and bad of two very different races; and how most of issues develop from miscommunication and fear. 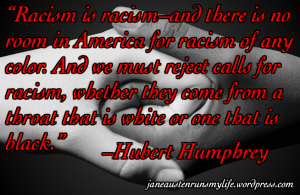 Pocahontas is the chieftain’s daughter, but unlike how her father wishes; she has a bit of an unruly and unsettled spirit. Her father would like her to marry the best warrior, Kocoum, but Pocahontas wonders if that really is the best life for her.

Everything changes when the English settle the colony of Jamestown, and Pocahontas befriends one of the sailors, John Smith. The two learn a lot about each other, and fall in love, but they must keep everything a secret.

When a Kocoum is killed on accident, John Smith takes the blame and is sentenced to die.

What can Pocahontas do?

Most Romantic Moment: No Greater Love to Lay Down One’s Life

This most romantic moment for me comes at the very end of the film. Dawn has come and John Smith has been brought out to be killed. As the  know this will mean war with the colonists they are prepared for the following battle. The colonists are lead by the evil Governor Ratcliffe who has been just waiting for an excuse to attack the Native Americans, they arrive at the execution site ready to slaughter the Natives with their guns. 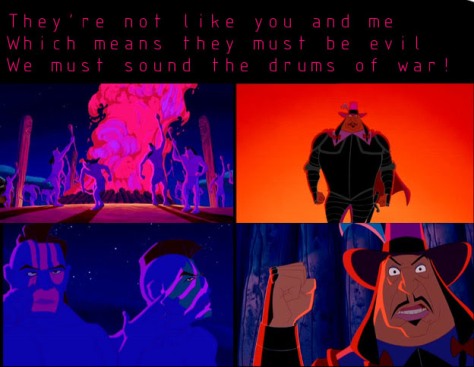 Pocahontas will not let him die and runs to him; throwing herself on his body to protect him, and die alongside him if necessary.

This is a huge act because Pocahontas has no idea how her father would react. She already has tried to speak to him, but he would not listen only thinking of revenge. She has no idea if her act will stop her father, or if he will be so bent on his path, and spurned on by his men, that he won’t hesitate and kill her.

For the previous posts, go to It’s Not What You Buy, But the Reason Why That Matters: Playing Heart to Get, Barbie Life in the Dreamhouse (2013)

For more on Pocahontas, go to If I Never Knew You

For more Disney, go to Waiter, There’s Some Disney in My Jane Austen

For more Disney heroine’s, go to The Little Moreland

For more animated films, go to You’re a Mean One, Mr. Grinch

For more bible verses, go to A Cautionary Tale