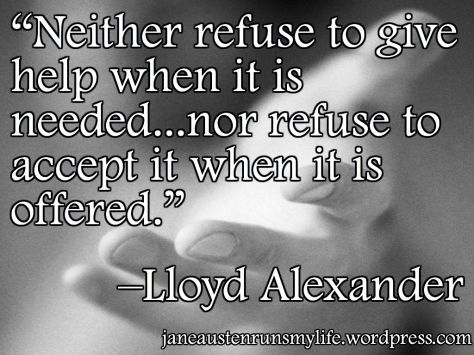 And for expectations after you help:

For more on Lloyd Alexander, go to Remember, Remember the 5th of November

For more on Ayn Rand, go to Where We’re Going, We Don’t Need Roads

For more of my favorite quotes, go to The Eye of the Storm

I’m going to TRANSFORM him, and unleash the savage instincts that lie hidden within…

So this is another werewolf film, and a B horror film, that doesn’t end well. And to be perfectly honest that’s how I like them.

As depressing as that sounds, I like it when the werewolf story ends like that that because it’s closer to the original story. Here we have a good man, who has been turned into something he doesn’t want to be and can’t control. It’s sad and poetic at the same time.

So the big reason I watched this film was because it first of all was about a werewolf, which you all know I love. And it stars Michael Landon.

So the story is about Tony Rivers (Michael Landon) a boy who is known for losing his temper. His dad is constantly telling him he should get help for his anger problems, but Tony won’t listen. He doesn’t believe he has any issues at all. After a really bad fight on campus with a classmate, the police get involved. The Detective urges Tony to meet up with a psychologist. The thing that really pushes him to reform is his girlfriend Arlene (Yvonne Lime). She tells him he has too many issues and she can’t date a guy like that. At a party that night he attacks his friend when he surprises him, and that pushes him into seeking help from the acclaimed Dr. Alfred Brandon.

Now this is what makes the whole story so sad. He is earnestly trying to get help and fix his problems, but everything goes bad as he turns to the evil Doctor. I tell ya, I don’t trust doctors (unless they are Michael Rennie), as they always turn out evil. Dr. Hartz from The Lady Vanishes (1938), Dr. Hollingshead from The Secret Life of Walter Mitty (1947), Dr. Einstein from Arsenic and Old Lace (1944),  Dr. Arthur Carrington from The Thing From Another World (1951), and that’s just to name a few.

Anyways, so the Dr. Brandon has no intention of helping Tony out. Instead he wants to experiment on him, testing out this serum he created to bring out people’s primitive instincts. His assistant tries to convince him not to, but Dr. Brandon won’t listen.

Dr Alfred Brandon: Do you cry over a guinea pig? This boy is a free police case. We’re probably saving him from the gas chamber.

Dr Hugo Wagner: But the boy is so young, the transformation horrible –

Dr Alfred Brandon: And you call yourself a scientist! That’s why you’ve never been more than an assistant.”

That night the teens all go hangout at a party. One of the guys, Frank, is killed while he is walking home from the party.

The next day the police are studying the scene and trying to figure out what could have done this. The police station’s janitor, an emigrant from the Carpathian Mountains, looks at the photos and determines that it was a werewolf that did it. In his hometown “human beings possessed by wolves” are common, so he declares that nothing else could have killed the boy.

The next day, Tony goes back for a second session in which he tells the doctor that he feels like something is wrong with him. The doctor brushes it off and Tony continues on his way. That day his principal calls him into her office and tells him how happy she is with the improvement. She is going to recommend him entry to the State University.

I know this won’t end well

It really gets me because he is so hopeful and sweet, yet you know, you know nothing will end well.

So Tony is happy, now that he has a future and a ticket to be something. As he walks to class the bell rings, triggering his transformation.

And he attacks Theresa, his classmate, who is practicing nearby. 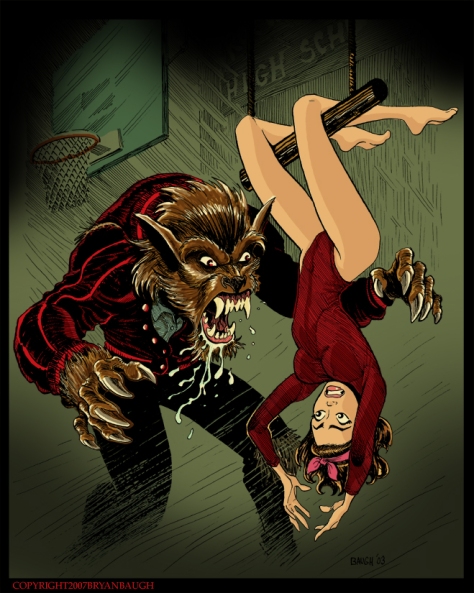 Tony flees for his life, and even though he looks wolfish, people recognize him and put out an APB. A reporter goes to his father and girlfriend to find out more about him and get a scoop. Meanwhile, the police follow Tony, siccing dogs after him, but Tony takes them down.

In the morning, Tony wakes up in his true form. He tries to talk to Arlene but can’t get anywhere with her as she is too freaked. He then runs down to Dr. Brandon’s office to get his help.  Dr. Brandon lies to Tony, telling him he will help him but in reality injects him with the serum. Tony starts to transform when the phone rings and it causes Tony to go berserk, attacking the Dr. and assistant. Right then the police charge in and take Tony out (even though they don’t use silver bullets. Although they don’t need to as he isn’t a true werewolf but a manmade one). When they do so, Tony returns. But dead.

Doesn’t it just get you in the feels?

It’s just so sad. He wanted the help, he wanted to be better; but just went to the wrong person and everything in his life went downhill.

This was one of the films created by studios to branch into the teenage crowd. They would do “Creature Double Features” at movie theaters (as shown in The Blob) and drive ins. They were usually short films and teenagers were the focal characters as that was who they were trying to appeal to. Other films were The Blob (1958), Invasion of the Saucer Men, I Was a Teenage Frankenstein, Blood of Dracula, How to Make a Monster, Village of the Giants, etc.

Here is a facebook cover I made one year, as part of my countdown to Halloween

For the previous post, go to Let Them Fight

For more on werewolves, go to A Monster Race

For more mad scientists, go to In Their Proper Place

For more remakes given a teenage twist, go to You’re Just Too Good To Be True