So you all know how much I love Star Wars

But I will not be taking about it today. Instead I will be talking about things I fandom over. Maybe this post will induce you to join me.

If you only knew the power of the Fandom!

What can I say about this show? Out of everything I ever watched or grew up watching; this was one of my favorites.

It is the story of a minister’s family, Reverend Camden, in small town Glen Oak, CA; and the trials, tribulations, fun, and everything in between that they go through.

One of the reasons why I enjoyed this show so much was because I am a preacher’s kid (p.k.), so I could completely relate to everything they had the characters go through. It was pretty real, except for the fact that the church has no youth group and the kids are never expected to help out in church.

But the issues they face and the way the characters relate or rebel to the ministry; was spot on. The only thing I didn’t like was the last episode as it ended on a cliffhanger, and the last season was horrendous. They should have just stopped.

If I had to pick a favorite character, when I was younger I loved Simon (David Gallagher). But now as an adult, I’m mad about Matt Camden (Barry Watson).

And if you rewatch or watch the first season, he is the pre-Jared Padalecki long-haired, tall, handsome actor. Just check out that hairdo.

I was so sad when it ended as it just didn’t mark the end of a series, and characters I love; but it was such a huge part of my childhood. It is always hard saying good-bye to something like that.

For more on 7th Heaven, go to She’s Still Preoccupied With 1985

To remember when this book came out? It was an amazing series and I just loved it. I enjoyed how their was always good out of bad and the whole mysteriousness surrounding the V.F.D. 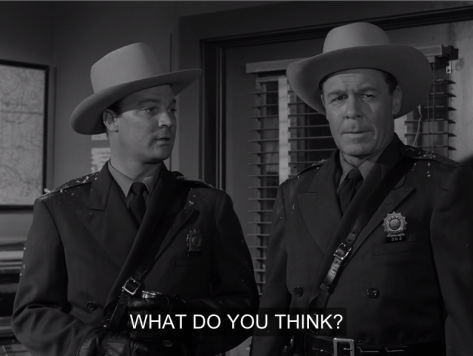 I even went farther than just reading the series, but going as far as reading The Beatrice Letters and The Unauthorized Biography of Lemony Snicket.

I loved the series up to #10, The Slippery Slope, but after that the book was horrible. And when the revealed everything in #13 The End I was so disappointed.

But like 7th Heaven this was a huge part of my childhood, and I was so sad when it ended. However, I will be passing this on to my nieces and nephews.

For more Lemony Snicket, go to I Hate Those Kinds of People 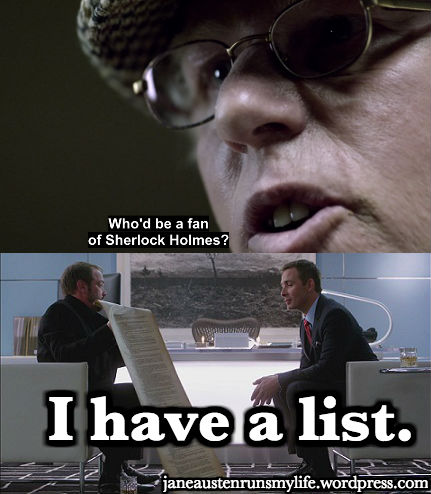 So I am a HUGE fan of Sherlock Holmes mysteries, I’ve been reading them since I was a child and watching almost every version created. What can I say, I love Sir Arthur Conan Doyle.

Go here to see who your biographer should have been.

So my friend loved this TV show and tried to get me into it. I had started watching it, but saw the first episode on TV and thought it wasn’t quite right in how I picture Sherlock.

So I waited a few years, and then decided to watch it from the beginning. From there I realized it was pretty good.

I thought that all the episodes were great except A Scandal in Belgravia, Irene Adler was just too weird.

But Benedict Cumberbatch and Martin Freeman were just perfect as Sherlock and Dr. Watson. I liked how Sherlock was a bit more rambunctious and impulsive, as his age and the wisdom that comes with it haven’t been reached yet. I liked how Dr. Watson was more active; not always instantly catching on to what was happening but taking part in trying to help solve and protect Sherlock.

For more on Sherlock, go to England Dreamin’ On Such a Summer’s Day

I mentioned quite a few times how much I love this movie. I think it is a great plot, Aurora is an amazing character, and Prince Phillip the perfect prince.

In fact I loved this film so much I was Aurora twice for Halloween, and my sister and I used to act it out all the time. I would be Aurora:

And she would be Maleficent.

We would have to have Barbies or stuffed animals be the rest.

For more on Sleeping Beauty, go to Waiter, There’s Some Disney in My Jane Austen

I am a huge Spider-man fan. I grew up watching the Spider-man hour in which the showed Spider-man and His Amazing Friends along with the ’90s cartoon. I loved that cartoon as it totally and completely captured everything I love about Spider-man. The sass, the fact that he is constantly struggling to go to school and provide for his aunt, trying to have a life and friends while be a super hero. Dealing with all this responsibility.

From this I moved to the comics and become a major fan and nerd.

I have read the Spider-man Encyclopedia like 20 times. I own the ’60s (and best) comics. I just love this guy!

None of the films have really done him justice (I hate Andrew Garfield), but Spider-man will always be one of my major loves. And guess what? He’s perfect for me!

To see who should be your superhero BF click here.

Yep he’s one of the best superheroes ever!

For more Spider-man, go to Oh What A Night

I’m hoping that this will rise in you a desire to check them out.

For the previous post, go to The Strange Case of a Fangirl and Her Fandoms

And Stay tuned for part 22

For more Peter Pan, go to A Pirate’s Life is the Life for Me

Only took five months to reach this milestone.

For the 600th post, go to There Are Thirteen Chairs at the Table…And That’s Unlucky: Mystery of the 13th Guest (1943)

For the 500th post, go to Fantom of the Opera