“One blow to the head and the deed is done”

So I first came across this film on Amazon Instant Watch, I marked it to be added to my watchlist in the hopes of seeing it soon. However, my watchlist is like my to-read list, I add more than I see.

Then one day some friends and I were hanging out trying to decide what to watch, but in the mood for something suspenseful but something none of us had ever seen before.

We were going through the list when I spotted:

Now the description wasn’t very…thorough. I thought the film was that this group of people are having a party, someone gets brained, and then they have to figure out who the murderer is.

Well we watched the trailer and I discovered that was not it at all, it was a very different story.

But having seen that, it just made me want to watch it more.

So we start off the film with our protagonist, Jack.

Jack is from a well-to-do family and is a writer. Jack loves the past, eschewing all modern technology and lifestyles. He has a old fashioned phone, record player, etc. No matter what anyone says, he will not be convinced to take hold of a cell phone, CD player, etc. 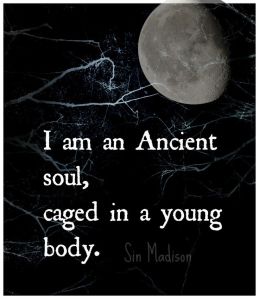 Jack is also having an affair with his cousin Frank’s wife: Vera.

While Vera does not (and has not ever) loved her husband, she will not leave him-instead getting what she wants from that relationship:

And stepping out with other men.The two spend time together and then she leaves for work.

After she goes, Jack calls up his cousin Frank, uncle (not Frank’s father) Major Burns, Vera, and good friend Inspector Marcus Evans to invite them over that night for a a small get together to play games.

But when he calls each person, he gives them a different times to come. All agree except Inspector Evans as he might not be able to make it until later.

So it is clear that Jack has something in mind, some game, but what is he playing at?

The first to arrive is Frank.

Frank is a very kind, thoughtful, sweet, easily manipulated, and an insecure guy. You know the sweetest guy ever but never feels he is good enough and tries all he can to be even sweeter and kinder. It is easy to see how a shark like Vera could capture him.

But when Frank arrives it is clear that he is the center of the “game” Jack is playing. Jack tells Frank his wife is having an affair, giving him details (but of course leaving himself out of the equation). The rest of the night becomes a game of cat and mouse as Jack continues to try and see how far he can push Frank, hoping to have him kill Vera; and in front of the rest of the party guests.

Can he create the perfect murder of killing someone, but being unconnected in the crime by not having a motive yet also not being the one to have done the deed?

This Rope inspired setup wouldn’t be complete without someone for Jack to declare victory over. In Jack’s case his Rupert Cadell is his uncle, Major Burns. 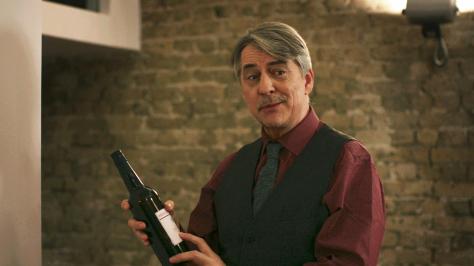 Major Burns has always been able to outsmart, outmaneuver, outthink, and outdo Jack in every game they have played-whether physical or philosophical. Jack secretly hates him, but knows that if he pulls off this murder, it won’t really feel like winning unless he can pull the wool over Major Burn’s eyes. Plus Major Burn will be the perfect witness at Frank’s trial, if Frank does the deed.

The night starts off according to plan with Frank’s arrival, the dropping of the bomb (letting him know of the affair), the perfectly worded comments, and the pièce de résistance: placing a large heavy candlestick on the table (the perfect weapon).

But things don’t go exactly as planned. First, Vera arrived early and upsets some of Jack’s planned maneuvers, and Inspector Evans fails to show up. Yes, Jack has quickly discovered the fault of planning the perfect murder:

Mark Halliday: Well, because in stories things usually turn out the way the author wants them to; and in real life they don’t… always. (Dial M for Murder)

But Jack decides to salvage his plan and continues to try and see if his idea of the perfect murder will succeed.

I thought this film was amazing and I strongly recommend anyone interested in thrillers or suspense films to check it out.

The director was clearly influenced by Alfred Hitchcock, with many parts of the film alluding to some of Hitchcock’s famous films, but at the same time not feeling overdone, a cliché, or blatant copying.

The musical score builds just the right amount of tension, so that you can feel what the characters are feeling, but doesn’t give away what will be happening next.

Everything about the film just worked perfectly. The spacing of the film and character stories, the limited characters and their emotions, reactions, and energy were all just spot on. The angles and shots built the intimacy of the moment, making you feel as if you were a part of the room instead of a voyeur. And the ending I thought was a spectacular twist. If you are able to, I would check it out today.

And our banner (the first one I’ve been able to make so far):

For the previous post, go to The Hash-Slinging Slasher: Graveyard Shift, Spongebob Squarepants (2002)

For more on planning the perfect murder, go to The Perfect Murder: Dial “M” for Murder (1954)