Yep this is me. Every time there is a song I love, I sing EVERYTHING. This is especially true in

So this song is off their album Danger Days: The True Lives of the Fabulous Killjoys, and like all MCR albums, follows a story rather than just being individual songs. It took over a year to create the album, and the band wrote over 36 songs, not of all they kept. This story is set in the year 2019, a post-apocalyptic California.  There are a few willing to stand up to the tyrants, these rebel forces called Killjoys, of which MCR is a part of. The music videos and songs reference a lot of films, such as Blade Runner, Terminator 2: Judgement Day, Mad Max, The Karate Kid, Dredd/Judge Dredd etc.

Each band member has an alter-ego Gerard Way being Party Poison”, Ray Toro is Jet Star, Frank Iero is Fun Ghoul, and Mikey Way is Kobra Kid. All of which look really hot in their rebel wear/masks. There is just something to be said for vigilantes who wear masks. 🙂

The guide for the Killjoys is a pirate radio DJ named Dr. Death Defying who is voiced by Steve Montano.  The music video of ‘”Na Na Na” shows the Killjoys’ daily lives until Korse (the evil corporation) defeats them and captures The Girl, in which a later song they have to go rescue her back.

Now the lyrics and video are just AMAZING! The music just gets you pumped!

I think it is one of their best works yet.

The future is bulletproof
The aftermath is secondary
It’s time to do it now and do it loud
Killjoys, make some noise 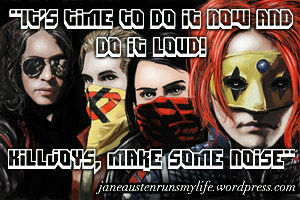 (More, gimme more, gimme more)
Oh, let me tell you ’bout the sad man
Shut up and let me see your jazz hands
Remember when you were a madman
Thought you was Batman

And right here, right now
All the way in Battery City
The little children raised their open filthy palms
Like tiny daggers up to heaven
And all the juvie halls
And the Ritalin rats ask angels
Made from neon and fucking garbage
Scream out “What will save us?”
And the sky opened up 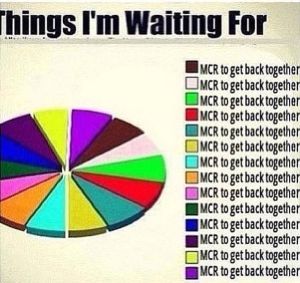 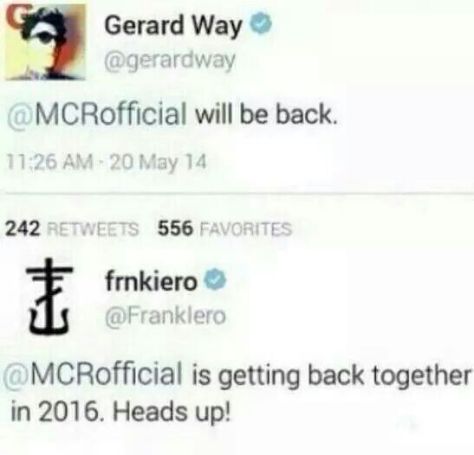 For more on My Chemical Romance, go to I Don’t Love You

For more of my favorite songs, go to Red Rubber Ball

For more on rebellions, go to Viva La Révolution

For more on Supernatural, go to It’s Time

For more on Batman, go to A Twist on Wrecking Ball

For more on Dean Winchester, go to Carry On My Wayward Son