So I was reading Just Jane by Nancy Moser and at one point in Jane Austen’s life she traveled to sea. Later she, her mother, sister, and friend actually moved by the sea and lived there for a while.

So sea-bathing started in the later 18th century, prescribed by two eminent doctors, Dr. Russell and Dr. Crane. By Regency times it was super popular.

So like in today’s world, when people go swimming, or sea-bathing, we just jump right in, or tread a little in the water. But not back in Regency times.

Instead they would go into a bathing machine, a large carriage like structure. There the bathers would change into their bathing suits and a horse would pull the carriage into the water.

When the reached the desired depth, the horse would be unhitched and go back to land, or take a carriageful of bathers that had finished back to land.

As the women and men would change in the machines, they were not shared by the sexes but divided between the two. Most often men and women bathed on completely different beaches as women wore muslin shifts, and men wore drawers or were naked. 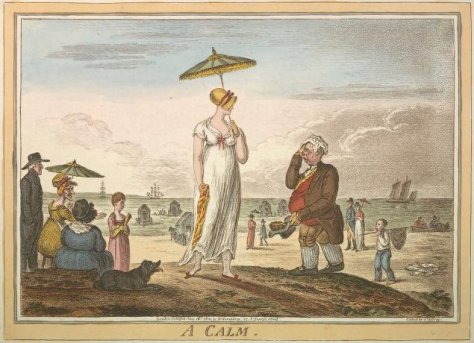 By 1815 there were 40 bathing carriages and were busy nonstop between 6am-12pm every day.

Doctors prescribed being dipped into the water for one’s health. Often sturdy women were the dippers, traveling with the bathers in the carriage and dipping them so many times under the water. Kind of like being baptized, but more than three times.

For more on Jane Austen’s life, go to The Curious Case and Crime of Jane Leigh-Perrot 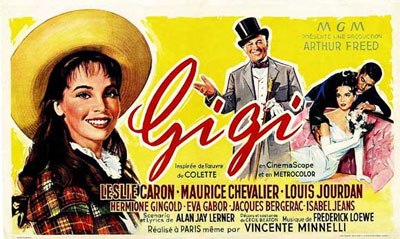 Gigi is a book, turned play, turned musical. The musical takes place at the turn of the century Paris, France. Gigi (played by Leslie Caron), is being trained by her Aunt to be a Courtesan. Now a courtesan is not a prostitute. Courtesans had one client and were treated well, often being given a home, jewels, money, etc. These women were often largely accepted by society, and were well treated by the people they were with.

So Gigi lives with her grandma, Madame Alvarez, and is unwillingly being trained by her Aunt. She doesn’t fully understand what it means be a courtesan, but thinks the lessons are boring and doesn’t want to be a courtesans. However, she dutifully goes to her lessons. Her favorite thing to do is spend time withGaston Lachaille (Louis Jourdan).

Gaston is a very wealthy man who is bored with life. He has had everything he has ever wanted and and finds that life holds nothing for him. He spends his days having parties and with his courtesan, as he intends to never marry, but life is empty. The only time he finds joy is at Madame Alvarez’s home, with the adorable Gigi.

One day when Gaston meets up with his courtesan at the ice-skating rink. There he discovers that she is cheating on him. He publicly dumps her and shames her, trying to show off how over her he is by throwing lavish party after lavish party. Eventually, he becomes bored of this as well and looks for something else to entertain him. He decides to visit the sea and stops by Madame Alvarez and Gigi before leaving. While there Gigi challenges him to a card game, if she wins then Gaston must take her and Madame along with him. She wins and the two join Gaston on his trip. While on holiday, Gaston and Gigi spend a lots of time together and discover that Madame used to have a relationship with Gaston’s uncle, Honoré Lachaille (Maurice Chevalier).

When they return, Aunt Alicia increases Gigi’s training in order to help her catch the eye of Gaston. Gigi tries, but continues to be awkward and  bumbling. 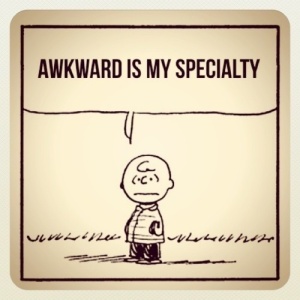 However, they continue and purchase Gigi some grown up gowns instead of her standard childish things. Gaston sees her in an alluring gown and gets angry, yelling at her to not wear such things. He storms out, only to come back, as he realized that he is interested in her and doesn’t want her with any other man. He wants to take her out, but is refused by Madame Alvarez as his reputation could harm Gigi. He becomes upset again, but is convinced that her words do speak the truth. He then brokers a deal to make Gigi his mistress. But this doesn’t make Gigi happy. She refuses.

Gigi has discovered what the duities of a courtesan are, and doesn’t wish to be passed from man to man for the rest of her life. Everyone is shocked by her crudity, Gaston hurt by her refusal, and Aunt Alicia enraged that her granddaughter could give up such a person as Gaston. After a while Gigi sends for Gaston and apologizes. She tells him that she loves him and would rather be a courtesan with him, then spend a life without him.

That night the two go out to Maxims.

While at Maxims Gigi is perfect in everything that a courtesan should be…but this upsets Gaston. He doesn’t like seeing her this way, this non-Gigi but a courtesan. He storms back to her house and sends her up to her Grandmother, taking off. Gigi and her grandmother start crying not sure why Gaston is upset and afraid that he might shame her.

After Gaston has taken off for the third time, he goes on a walk trying to figure out why seeing Gigi as a courtesan upseted him. He wants her to be in his life, and he wants to be the only man in her life, so why is this troubling him? As he walks the streets of Paris he figures out why this made him so angry and he returns to Madame Alvarez’s home.

[after a long while, Gaston returns to Madame Alvarez’s apartment] Gaston Lachaille: May I come in?

Gaston Lachaille: Madame, will you do me the honour, the favour… give me the infinite joy of bestowing on me… Gigi’s hand in marriage? [Gigi, filled with relief and joy, draws to Gaston’s side]”

He realized that he was in love with her and didn’t want a courtesan and he didn’t want Gigi demeaned as a courtesan. He wanted Gigi as Gigi and he wanted her to be his wife!

He realized that he wanted Gigi forever, and that the thing he’d been fighting off (marriage) was the one thing he truly desired.

For more musicals, go to Five to Nine

For more of my favorite quotes, go to Love Makes You Do Crazy Things: Hercules (1997) 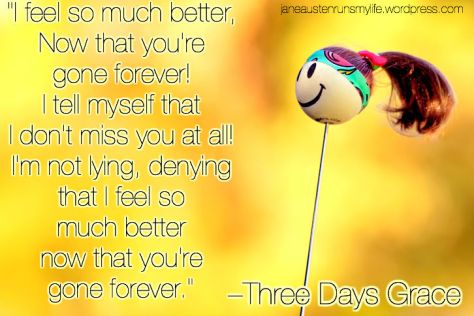 So I couldn’t find a quote that was all about being okay and having moved on. All the ones I could find this weekl were sad so I pulled one from a previous song, Gone Forever, by Three Days Grace. Yep, this is another song in the “Getting Over a Heartbreak List”:

19) Red Rubber Ball by The Cyrkle

I really like this song, although the opening chords always make me think of the theme song from Friends. It was written in 1966 and made #2 in the U.S. Billboard Hot 100. It was written by Paul Simon and Bruce Woodley. Simon offered it to The Cyrkle and the rest is history.

It has been covered by numerous bands, such as; Simon and Garfunkel, Neil Diamond, Eggchair, The Diodes, Streetlight Manifesto, Cilla Black, Del Shannon, and Mel Torme. But I think The Cyrkles are the  best.

So the song is about a guy who’s heart was broken. As he looks back at everything, he is doing great. He is moving on with his life, focusing on himself, and doing so much better without that person in his life. It’s like a combination of But It’s Alright and  Move Along.

I should have known you’d bid me farewell There’s a lesson to be learned from this and I learned it very well Now, I know you’re not the only starfish in the sea If I never hear your name again, it’s all the same to me

You never care for secrets I confide For you, I’m just an ornament, somethin’ for your pride Always runnin’, never carin’, that’s the life you live Stolen minutes of your time were all you had to give

The story’s in the past with nothin’ to recall I’ve got my life to live and I don’t need you at all The roller-coaster ride we took is nearly at an end I bought my ticket with my tears, that’s all I’m gonna spend 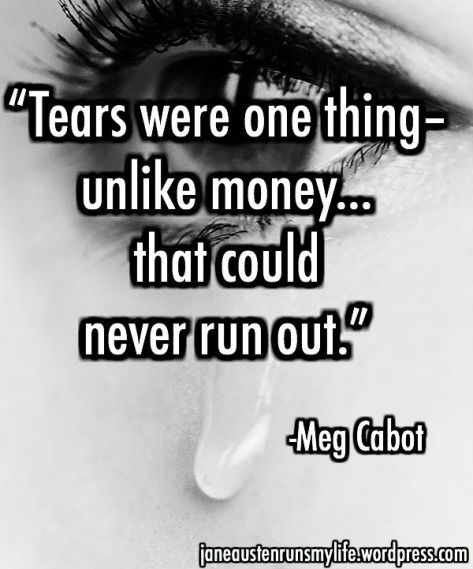 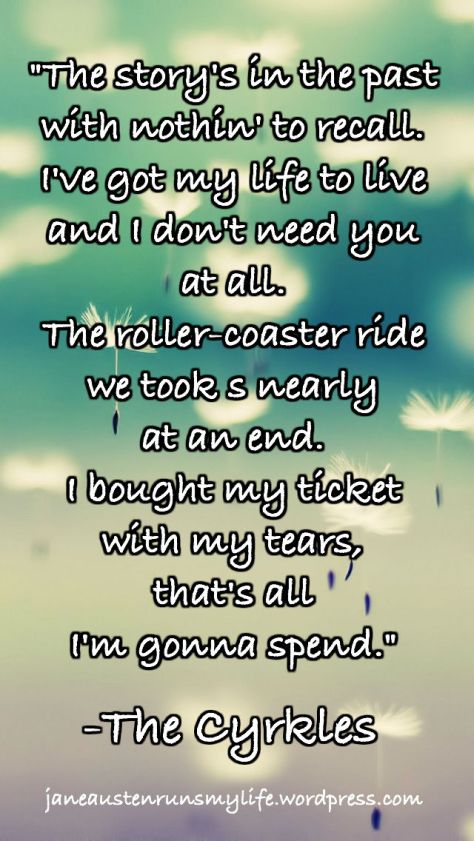 Oh, I think it’s gonna be alright Yeah, the worst is over now The mornin’ sun is shinin’ like a red rubber ball

To start the “Getting Over a Heartbreak Series” from the beginning, go to If It Means a Lot to You

To go to the previous post, go to Up and Up

For more of my favorite songs, go to Move Along

For more of my favorite quotes, go to Since U Been Gone

For more on Three Days Grace, go to Gone Forever

For more on Meg Cabot, go to Would You Like a Pizza My Heart?

For more on Streetlight Manifesto, go to The End 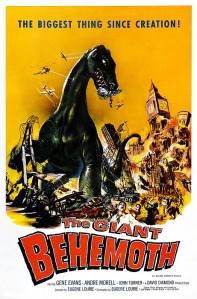 I love this movie! This is actually what I call my stomach when I’ve eaten too much, “The Behemoth”, I cry out. “Behemoth!”

I was thinking of this movie the other day because I was wearing jeggings, an oversized sweater, and my rainboots. My hair was put up, and I thought to myself, “I look just like the Leigh Madison in The Giant Behemoth“! 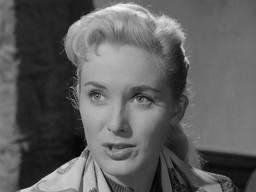 I think she looks a little like Jane Powell. Don’t you?

This movie starts out with tons of fish washing up on the shores of England. They are all destroyed by some kind of radiation. A fisherman is also ravaged by it.

He also happen’s to be Leigh Madison’s character Jean Trevethan’s father. When they ask him what happened, he replies

A paleontologist is trying to figure out what the beast is and how it could have awakened. His ends up declaring it is a plesiosaurs, much like the Loch Ness Monster. Even though it looks more like a Brontosaurus.

So Dr. Sampson Karnes, the paleontologist, and his son Steve determine that the creature must have been awakened by all the atomic bombs and radiation (like Godzilla).

Everything they try to do to defeat him fails to work. He can’t be stopped! The Behemoth is destroying everything! Will he destroy the whole world?

You’ve got to check it out for yourself! I love this film!

That’s it for tonight! More to come! 6 Days ’till Halloween!

To go to the previous film, go to I Want Friend Like Me

For more on awakening a monster, go to Let Them Fight

For more on paleontologists, go to Life Finds A Way

For more monster movies, go to A Monster Race