Now this is a hard question. There are just so many things I love, how could I choose just one? Well I can’t, sorry. Instead I am going to list my top 5 treasured items.

I know this sounds like a copout, but it’s the truth. I have so many favorite books in there that it would be hard to pick just one. I have classics, mysteries, horror, romance, comics, my bible, childhood favorites, books that were gifts, books that were recommended, books over a hundred years old; it’s a lot and I value every one.

For more bookish posts, go to Walk My Way 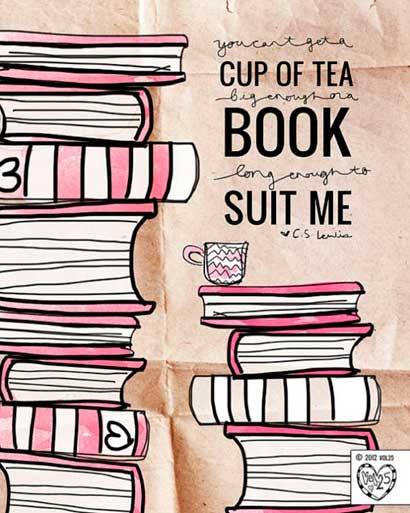 I love drinking tea and I have three special mugs. My first mug I won at the fair. The game was a bunch of glass cups and bowls stacked up in a pyramid, and the point of it was to toss your quarters into them. Whichever ones the coins landed in, you were able to take home. I won two glasses, a bowl, and a beer mug. But I don’t like beer, so I use that mug for my tea which is awesome as it is gigantic!

My second favorite mug is one I made after going to Disneyland with my friends. I wanted to bring back a souvenir, but couldn’t find anything I really liked. So when I got home I went to Walmart.com and made a collage mug with pics from the trip.

And my third mug, a pint sized mug that comes with a lid. It is AWESOME!

For more on tea, go to Never Big Enough

Some of you might think I’m strange or a loser, but I don’t care. I love Star Wars and think it is the coolest thing ever. I have a huge collection of all kinds of Star Wars memorabilia.

I have action figures (Barbie size) of Han Solo, Princess Leia, Obi Wan Kenobi, Darth Vader, and Chewbacca; a stuffed Chewbacca; a R2D2 mug; two commemorative coins (princess Leia & Darth Vader); all of the collectable Slurpee cups, 2 special edition Burger King crowns (one with the characters from the original and the other with characters from the new film); the graphic novel of Return of the Jedi; Star Wars Monopoly, two Star Wars watches; and much much more. It has taken me quite some time to hunt down some of these objects, and I would hate to part with them.

2) Tippi Hedren’s autograph on my copy of The Birds

So I haven’t gotten around to reviewing this film for Horrorfest yet, but will be soon. This is one of my all-time favorite Alfred Hitchcock films along with being the first of his films I had ever seen, quickly becoming the gateway to the road of my obsession. Not only was this the first Alfred Hitchcock film I have ever seen, but the first one I have ever owned, saving up my money and purchasing it, And believe me that took a lot as I was a young girl (about 7 or 8) and didn’t get an allowance.

Anyways, one year when I was in college I was looking at the paper and saw Tippi Hedren was going to be at Bodega Bay (where the film took place) and was going to be signing autographs. I had already made plans with my family that were unbreakable, but encouraged my friends to check it out, and if they did could they please take my DVD with them.

Long story short they stood in a massive line and had to pay (to this day none of them will reveal how much no matter how hard I try to get it out of them) in order to get the autograph for me. Not only is it awesome to have Tippi Hedren’s signature on a film that changed my life, but every time I look at it I am reminded of how amazing my friends are and how much they care about me. 🙂

Sorry the pic is of low quality and a bit blurry (I purposely made my real name hard to read.

Anyways, yes you all now how much I simply adore Clint Eastwood. I think he is an amazing actor and a total hottie. Last year I wrote him a fan letter and sent a picture (in a self addressed stamped envelope) asking him to please sign it. I also gushed about how much I loved him as an actor. In December I was surprised with the greatest gift of all, my photo back with his signature. Not only is it an amazing piece of memorabilia to own, but it makes me feel so special to know that Clint took time out of his day for little ole’ me.

For more Clint Eastwood, go to Year of the Anniversaries

In my hometown we have these events three times a year where all the shops in downtown put their items out on the sidewalk and make a huge celebration of the summer and winter solstice in order to try and get more customers and sell things. I’m performing in a play this summer, so our company performed scenes from the production we will be putting on next month. The only problem is, as this is the summertime, it is HOT! 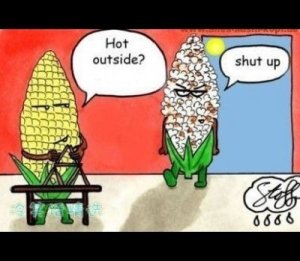 And because we are doing a Shakespeare play, we have to wear a lot of clothing. As I am a girl my costume involved long sleeves, high collar, and underskirt. It was so hot, I thought I was going to faint and I nearly did. I very low heat tolerance. 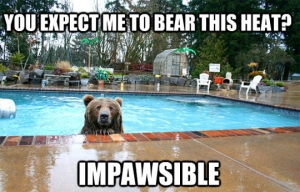 What’s nice about Slurpees, is that 7-11 is having a great deal on which you can get a refill (if you have a Slurpee cup) that is way cheaper than buying a new one. As I collect the special edition Slurpee cups I have a wide range to choose from.

Of course I’m the kind of person who likes the most bang for their buck. Since it was EXTREMELY hot, I filled up my huge Hulk 44 oz cup.

Now I don’t do a lot of sugar and I never drink soda. When I get a Slurpee that big I only drink half and save the rest for the next day. However, as I really didn’t have a place to put it and it was very, very hot outside, I ended up finishing it all.

Man I was so wired. I’m usually a very mellow person, but I was all over the place that night. I’m like Twitchy (squirrel from Hoodwinked) on coffee.

It was great for the performances, and for passing out flyers, but that night it was awful. I couldn’t fall asleep and kept my sister up for hours just talking because I couldn’t settle down. When I tried to go to bed that night my mind kept going around and around and wouldn’t stop. I felt like the carousel in Strangers on A Train. Even though I wanted it to stop and get off, my mind just kept revolving as I kept thinking of everything I did that day, was doing the next day, was doing the next week; etc.

And then the next day I woke up feeling awful.

I think it was a combo of the heat, sugar, and the fact that I hadn’t eaten too much that day. Definitely not going to have a repeat.

Now, some of you may wonder if this means that I’m giving up slurpees. Well no way, this just means that next time I’m going with a 22 or 28 oz.

I could never give up Slurpees! 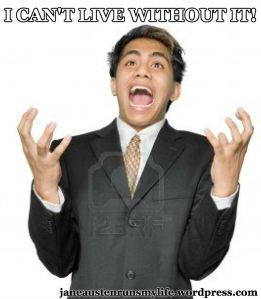