Hey everyone! Even though today isn’t a “real” holiday you all know how I feel about that.

I even wore my Star Wars pins to work:

And spent the evening with my husband who also loves Star Wars. 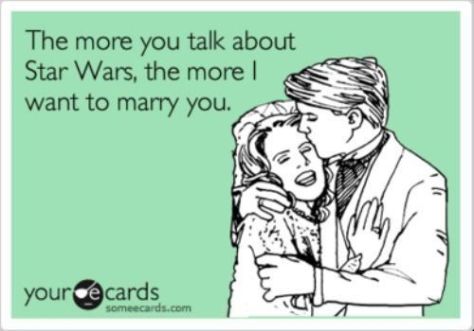 Yep it was fun sharing the holiday with my love.

We watched A New Hope together and had a great time. 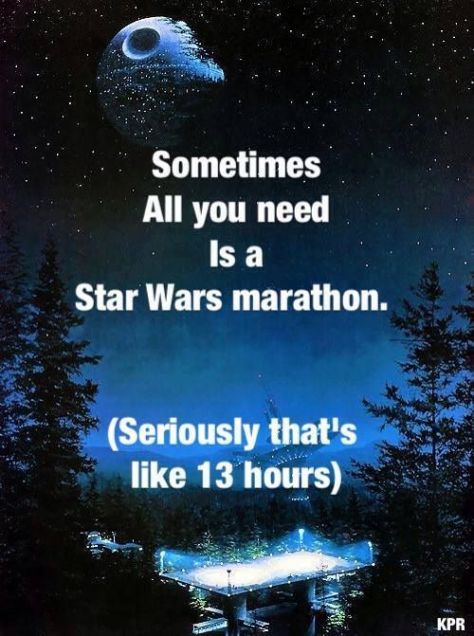 Hope you all have a great day!

For more May the 4th posts, go to Why the Princess Leia Crown Hairdo is Awesome

And let me just say, I am not going to watch it today.

I know, I know. As a major fangirl, how could I miss it?

You see when I first found out that J.J. Abrams was going to do the new Star Wars franchise, I was actually happy about it. But then I found out that he wasn’t going to follow the Star Wars storyline, but create a new one.

And then I heard the rumors that Luke is going to go over to the Dark Side!

Luke was supposed to start the Jedi Academy again!!!! Han and Leia were supposed to be married!!!! And have a set of twins (one boy one girl) and another child that goes to the dark side.

Besides, if Luke goes to the Dark Side that completely ruins the original three films! He brought balance! 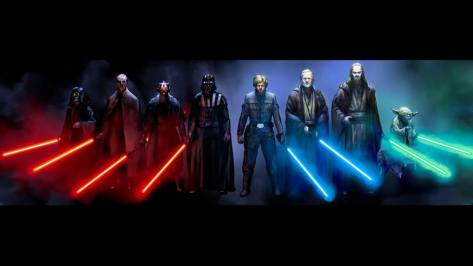 His choosing to die rather than kill his father was what made his father have a change of heart and redeemed him!!!!!! You can’t change that!!!! Jedis all the way not Sith Lords

So until I have gleaned enough facts from friends who’s opinions I deeply trust, I am going to wait to watch the new film.

Instead I am going to fulfill another one of my Christmas traditions: Star Wars Marathon.

Every year I watch the original three films. It started from channel surfing and discovering a marathon on Spike TV. It became a yearly one, when I traded in my prize for showing up to every Christmas Carol practice for cash and bough my own set of the Star Wars films on DVD. Everyone thought I was stupid for giving up the year’s deluxe gameboy, but I’d rather have Star Wars any day.

So I wish you all a very, merry Star Wars Christmas, whether you are watching the new or the old.

Since we are on a Star Wars theme, I thought today’s Christmas Carol would also feature an important star, the Christmas Star.

I choose the song Do You Hear What I Hear? This song was written right in the middle of the Cuban Missile Crisis. It was popularized by the Harry Simeone Chorale, who also sang The Little Drummer Boy. Many artists have done a cover of this song, from Bing Crosby to Carrie Underwood.

I just love how beautiful this song is and could sing it over and over again.

For more Christmas carols, go to Every Month at the Quarter Moon There’ll Be a Monsoon

Ever think of touring the world? Well what about touring worlds? As in plural?

See the galaxy, tour worlds. After all:

I mean we have some great fringe benefits: 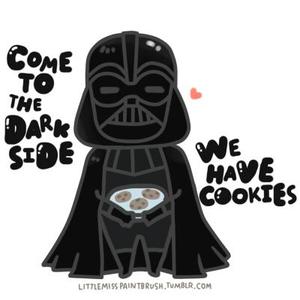 Just kidding! So today is May 4th and we all know what that means:

For more on Star Wars, go to How Can This Be?

For more May 4th fun, go to Be Like Han

For more Darth Vader, go to A Sad and Lonely Place