I do not have a favorite ride as it is much too hard to pick just one, so these are my top 6 favorites.

I just love carousels and merry-go-rounds! They are just some of my absolute favorite rides. I think it was because I wanted to be a cowgirl when I was little and this was the closest I could ever get to being one. When I went to Great America for my senior trip, I rode their carousel like 7 times. I love King Arthur’s Carousel because it shows images from Sleeping Beauty and The Sword in the Stone. When I went in March, I searched that thing for the perfect horse, and ended up with this beautiful Arabian. 🙂

Always a fav of mine. One of the earliest roller coasters ever created and one of the best. In March, we rode it a gajillion times as it has the fastest moving line of all rides. I’m not kidding. Also if you guys sit in the bobsleds and shift to the sides in proper time (like a real bobsled) you totally go faster. It’s amazing.

Now I just love the Indiana Jones film series, so how can you not love the ride? It is an amazing ride that combines some of the best scenes from Raiders of the Lost Ark and The Temple of Doom. Plus you get to see Indiana in there. In March my friends and I rode it like three times in one day. After our final ride they had to close it down for repairs as something was off.

So I have been to Disneyland three times, when I was 5, 12, and this past March. When I was 5 I couldn’t go on Space Mountain as I was too young and short. I do remember growing up, everyone would say it was the best ride ever. Then when I went when I was 12, the ride was down for repairs. So when I went in March, my friends couldn’t stop raving about it and how awesome it is. They insisted I sit in the front, and am glad I did! IT WAS AMAZING! Words cannot describe how cool this ride is, we must have gone on it like 4 times.

Now if you have been paying attention at all to any of my posts, you have probably become aware of how obsessed I am with Star Wars. Now I have always loved this ride, but let’s face it, the old version was kinda boring. When I heard they had updated it, I couldn’t wait to check it out. My ex went in September of ’13 for his birthday, and I kept grilling him about the ride. So in March when I got to go I was so stoked! It is AMAZING! They redid the outside waiting area so it is like you are in a real airport, they have announcements, departures, arrivals, weather forecasts, etc. Then when you go in and sit in your seats Darth Vader comes on the screen trying to get a rebel spy. It depends on the version, but on one trip Princess Leia asked us to help her as we were her only hope. Then you get chased all over by stormtroopers, until you reach the rebel base. It is awesome!!!! 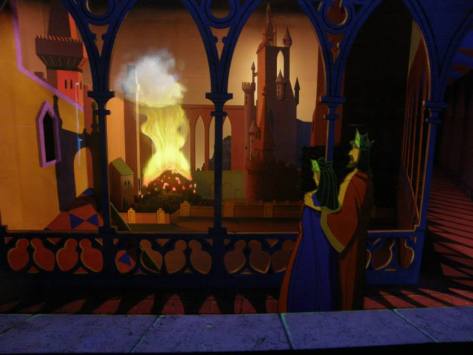 So this was a huge fav of mine as Princess Aurora is my favorite Disney Animated princess. I loved her and wanted to be her and wanted my own Prince Phillip.

So this castle is awesome as Walt Disney told his designers it had to look exactly like the castle from their upcoming Disney film, Sleeping Beauty. It caused some issues, but Disney would not be persuaded, it had to be a match.

Anyways, when I was 12 Sleeping Beauty’s castle was closed for repairs. It was right before the 50th anniversary so they were redoing the whole inside. I was so heartbroken. So when we went in March I had to go in it, I couldn’t wait. This is so amazing as they added more scenes from the story and the special effects are sooooo cool. I love it.

For more on Disneyland, go to Mr. Toad’s Wild Ride

For more in King Arthur, go to Disney Lesson

For more on carousels, go to I Wanna Get Off This Ride

For more on Star Wars, go to They’re Alive

For more on Darth Vader, go to Happy Father’s Day

For more on Princess Leia, go to A Hidden Wonder

For more on Sleeping Beauty, go to You’re Just So Pretty to Look At

For more on Princess Aurora, go to That Would Make Me Happy

For more on Prince Phillip, go to Prince of a Man

For more on a Disney Animated Film, go to The Boys Are Back in Town

For more on Disney, go to He’s My Brother

For more on a Disney Prince, go to Wake Up, Dad

For more on a Disney Princess, go to Diamond in the Rough

For more on my height disadvantages, go to I’m Not Short!

So my favorite princess may be different from what you all were expecting. Forget Aurora, Belle, Cinderella, Elsa, Ana, Merida, etc. This is my favorite Disney princess

Now before you say anything she is a Disney princess. Disney bought Star Wars so she is a princess! 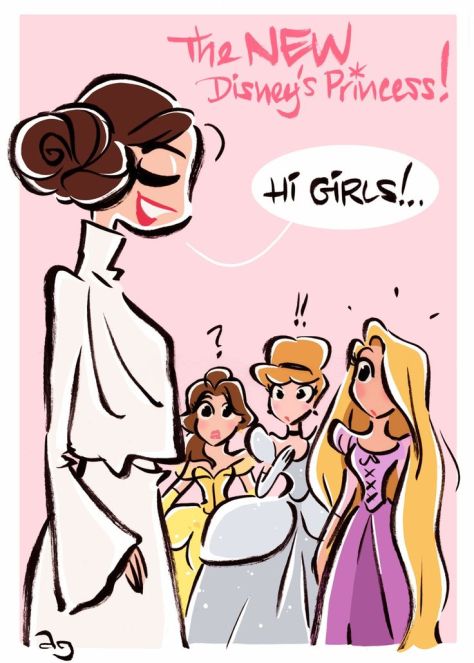 She is the most AWESOME character and princess ever!!!! She heads a rebellion, willing to sacrifice herself for her friends, country, and beliefs. Even when her home planet is threatened, she still won’t reveal the secrets and allow their destruction. She under goes countless torture, but is able to power through it all.

When Han and Luke come to save her, she turns it around and saves herself. She takes a gun and takes out those troopers herself. Because: 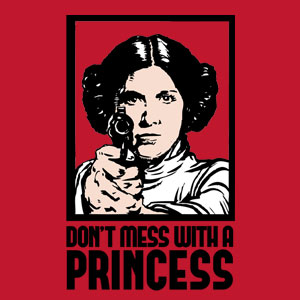 Even after all that she powers through the trauma and leads her people in the next two films. Never afraid to go down there and take care of things herself. She’s s awesome.

She is so awesome! I remember wanting to be her as a kid. I just thought she was the perfect female; strong, powerful, able to hold her own, but at the same time willing to ask and accept help from others. 🙂 I always tried to be just like her, and guess what, I am! Everything it says here is exactly me!

To see who you are go here.

So, funny story that I thought I would include here. Now I love Star Wars a whole lot!

I mean this is me:

This is my future, I’m telling ya.

So I never been one of those girls who plans out her wedding. I was always like, why bother? It’s not going to happen anytime soon. 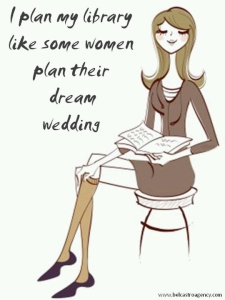 Because who doesn’t want to marry this handsome, redeemed bad boy, space-cowboy?

For my dress I could wear something like she does at the end of episode IV or give it my own flair like this:

Because, honestly, who doesn’t want to be Princess Leia?

For more on Star Wars go to Be Like Han

For more on Disney Princesses, go to Disney Lesson

For more on Disney, go to Fashion Show

For more on bad boys, go to At the End of the Rainbow