You’ve probably thought this fan posts were over, but nope I just ran into a few problems. First the internet would not work for me, at all. It kept coming off and forcing me to type in my password every five minutes.

But that’s all behind me and there are plenty more things that I was obsessed with: past, present, & future; to share. So stay tuned!

My sister loved this show and had to watch it every day after school. Because of her I got really into this show and have to say I loved it, but when I write a synopsis of it, it might not make a whole lot of sense.

This is actually a series based on the classic novel Journey to the West,  also known as Monkey, written in the 16th century by Wu Cheng’en.

Goku is a little monkey boy, as in he only has a tail. He befiends a teenage woman, Bulma, and the two set off to find the seven wishing dragon balls. He becomes a student of the turtle hermit, Kame-Sennin, later entering a huge tournament with some of the most powerful fighters in the world.

He also destroys the Red Ribbon Army single-handedly. When Goku’s best friend, Kuririn, is murdered by Piccolo, then Goku sets out to destroy him as revenge.

He also meets a young girl, Chi-Chi, who loves him and gets him to agree to marriage.

It was a great and entertaining series with a lot of fun. I recommend checking it out if you have never seen it before. Just be sure to stay away from the awful live action film.

Dragon Ball Z is the sequel to Dragon Ball. In this Goku is an adult with his son Gohan and Goten. Like Dragon Ball, it is fun to watch, but when writing a synopsis it does sound a bit strange. But, believe me, it is worth viewing.

So Goku is approached by a humoinoid alien, Raditz. He reveals to Goku that he is his long-lost brother and a Saiyan. He was sent as an infant to takeover the world, but suffered from a head injury that made him lose his memory and blood thirsty nature. Goku refuses, and Raditz kidnaps Gohan.

Goku and Piccolo team up to destroy Raditz, with Goku sacrificing himself to save everyone else. In the after life he is trained by King Kai until he is brought back to life with the dragon balls. He fights against Raditz’s companions, Vegeta and Nappa, reaching the levels of extreme power, a Super Saiyan.

As Gohan ages, he helps in the battle too.

Later Goku encounters Trunks, the future son of Vegeta (when he has become good) and Bulma. He shows flashforwards to an adult Gohan (and a super butt-kicking one!)

It is a great show, check it out.

Most people know exactly what this is without me having to say anything. But for those who don’t, Full House was a family friendly TV show. In it, Danny Tanner’s (Bob Saget) wife is killed in a car crash, leaving him a widower with three girls, D.J. (Candance Cameron), Stephanie, and Michelle (played by both Olsen twins). Finding himself at a loss he asks his best friend Joey, a comedian; and brother-in-law, Jesse (John Stamos), Elvis-loving rock musician, to move in and help him out.

The show was a mix between comedy, drama, and the facts of growing up.

Now the reason I watched was for Uncle Jesse.

So some of you may remember me talking about a series of youtube videos down Dan Howell, Danisnotonfire. In that series we have a cute British guy just talking about his everyday life and awkward/funny situations he gets himself into. Well, it turns out as I watched his videos that his best friend and roommate Phil also does videos!

Yep, I decided to check him out and he is just as attractive and hilarious. Phil Lester, or the Amazing Phil, also has a slight vulnerable quality about him that instantly draws you in and makes you want to give him a huge hug. Us followers are called philions, and if you haven’t joined this fandom you need to check it out.

Phil you’re worth more to me than just two days! And I’d date you in a heartbeat. 🙂

Pokemon, I remember it fondly. And I’m not talking about today’s crazy mix of colors and things. I’m talking about the original Pokemon. The TV show.

Yeah I was never into the games and really never understood how to “fight” with the cards. For me it was all about the show, another one I was introduced to because my sister was super into it.

In the original show we had Ash Ketchum who is given the pokemon Pikachu, and sets off to find and try to collect every pokemon that exists. He also tries for every badge he can get so that he can compete in the final pokemon battle. It was an awesome show with awesome characters, more on them in a minute. First we had the intro, unbelievably cool.

Then we had Ash the lovable teen. My favorite character was Brock, a guy he meets that wants to open up his own gym, and joins in on Ash’s quest. Brock was hilarious as he was always falling in love.

And Misty who was super annoying.

Then there was team Rocket, a group of people who were always trying to steal Pokemon for their master, and horribly failing. 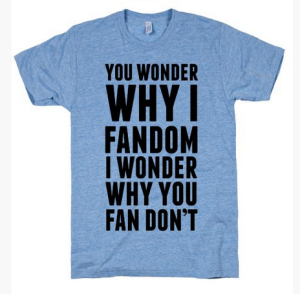 For the previous post, go to Fantom of the Opera