When I did that tea with my friends a couple of months ago, I thought about making it but for some reason I thought you needed to freeze the dough and I didn’t have time for that. So I just forgot about it…until I purchased some The Picture of Earl Grey Tea from NovelTea Tins.

I thought it would be perfect to use, but then worried that maybe the jasmine in The Picture of Earl Grey might not blend as easily, after all the recipe called for Earl Grey Tea with Lavender not jasmine and rose petals. 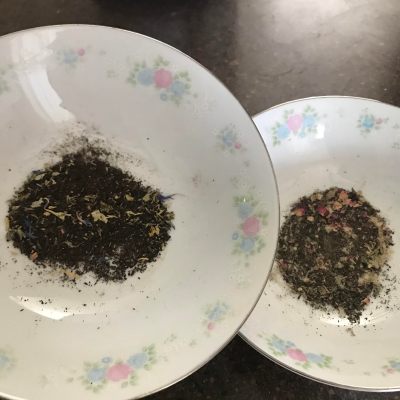 This recipe originally comes from The Dough Also Rises. 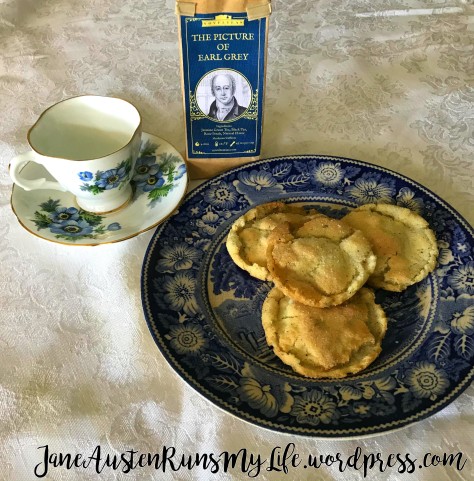 The dough has no egg and did come out a bit dry, so I had to add some milk into it, just a little. So these cookies bake really fast. The original recipe said 10 minutes, but my cookies all burned. I had to bring the time down, finding 5 mins they aren’t baked through, and with 7 mins they burned-6 seemed just right.

But they were delicious. Both The Picture of Earl Grey and the Tiesta Tea Victorian Earl Grey Tea cookies came out wonderful! They were so good, I had to force myself to stop eating them.

For more tea posts, go to I Won the Kumi Crochet and Tea India Giveaway